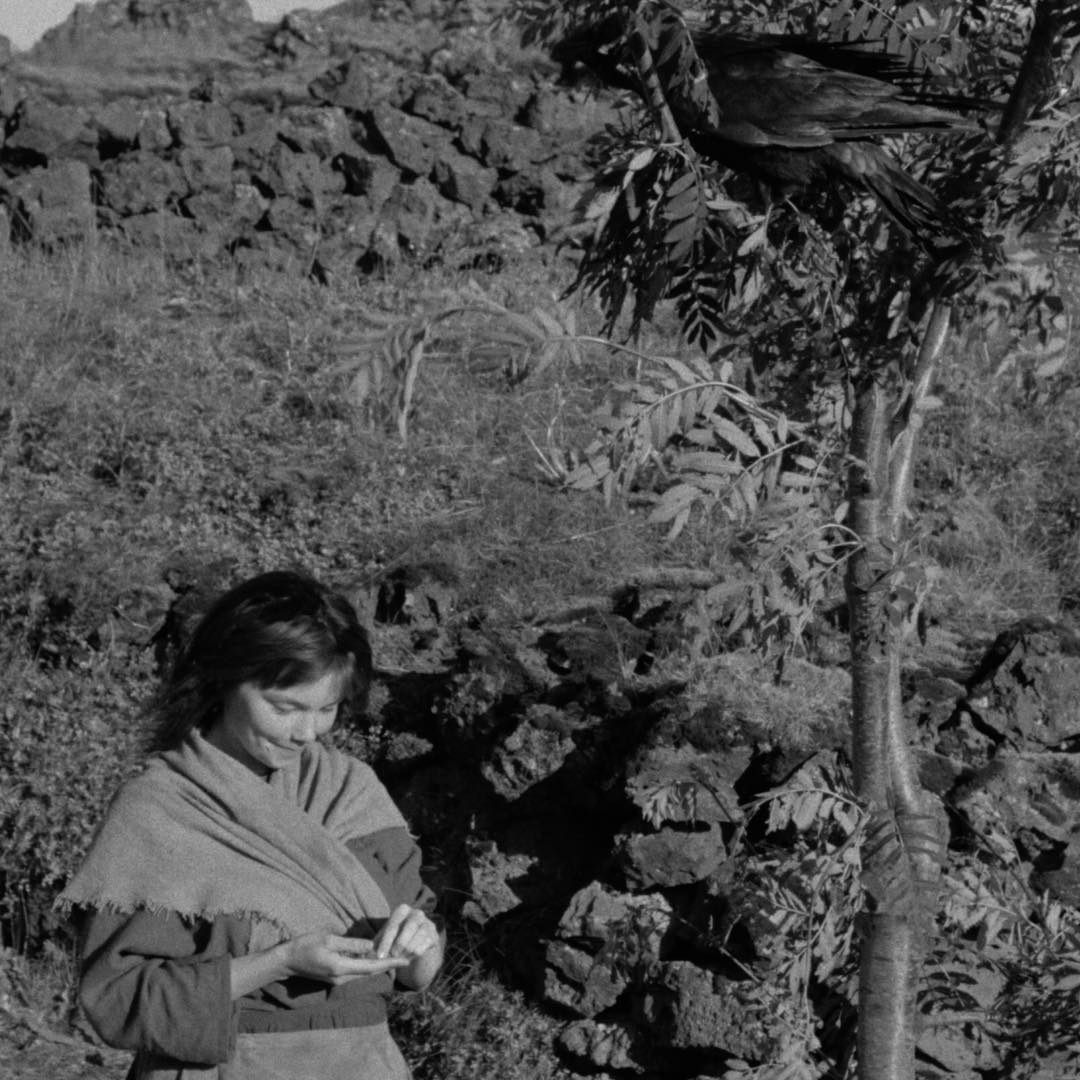 This week, Classic Couple Academy visited mythical Iceland in The Juniper Tree (1990) directed by Nietzchka Keene. Shot in 1986, Keene independently financed the film, completing and releasing it four years later. Based on a fairy tale known as The Juniper Tree or sometimes The Almond Tree published by the Brothers Grimm in 1812, it was one of Keene’s favorite tales as a child.

The Juniper Tree is particularly suited for exploring the Women Make Film: A New Road Movie Through Cinema chapters on journey and discovery as it delves into magic, the supernatural and reincarnation.

What scene stands out as one with distinct staging of people and things?

The grave-site of Jonas’ mother serves as a central point of storytelling for the children. Marked by a simple cross, this small plot is where Jonas and Margit share stories of their mothers, reveal their feelings and form a bond of mutual understanding. It’s where Margit reunites Jonas with his mother after death. And it’s where the juniper tree grows, providing a home for Jonas in his reincarnated state as a bird. Visited time and again, the grave is a small stage where past, present and future are revealed.

How did a journey push or pull a character in a particular direction?

The film starts as a journey of two sisters forced to leave their village after their mother is killed for practicing witchcraft. Knowing they are in danger, the girls set out with older sister Katla focused on a single purpose – to cast a spell on a man to make him fall in love with her and take the two sisters in to his home. She does just that, intertwining their lives with farmer Johann and his son Jonas. The spell that binds Johnann to Katla pulls each member of the new family in different directions, ultimately separating the children from the adults.

How was discovery or something hidden used to further the story?
The most poignant scene shows Margit discovering a bone in her stew. At this moment she knows her sister Katla is responsible for the disappearance of her stepbrother Jonas.

Bonus: How did the Women Make Film staging, journey or discovery chapter material influence how you watched this film?

The Juniper Tree begins with a journey of the sisters to find a new home using the power of a love spell. It ends with Johann abandoning his home on a journey to reunite with Katla. Witchcraft takes the characters on journeys both large and small in which discoveries are made. The Women Make Film content revealed that this film follows a pattern of journey and discovery, journey and discovery.

Did you watch The Juniper Tree? Another film featured on TCM? We’d love to hear your take in the comments.