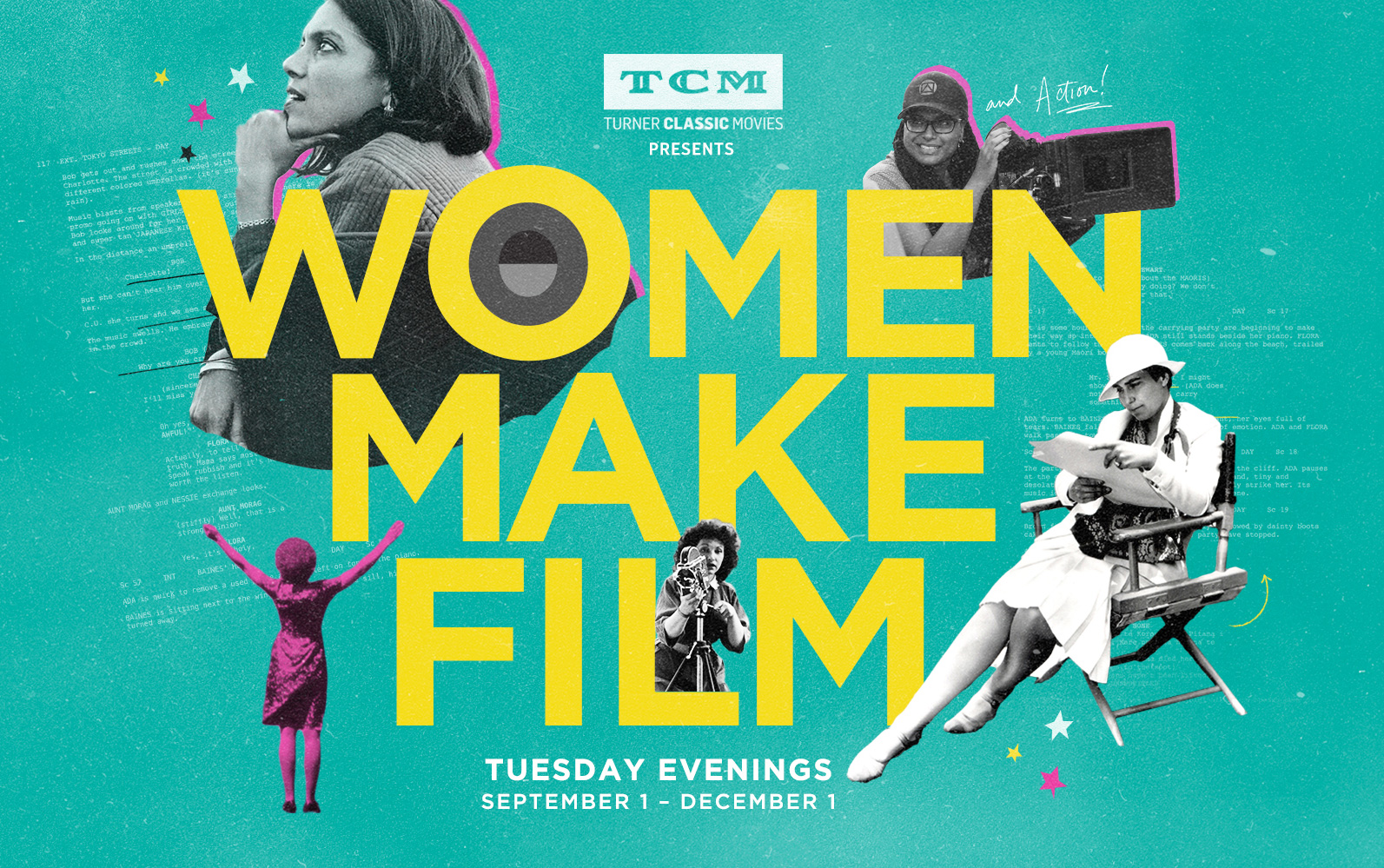 Join the Classic Couple for a 14-week exploration of Women Make Film: A New Road Movie Through Cinema airing on TCM September 1-December 1, 2020.

Description from the makers: The epic, four years in the making, still in production, is made up of forty “chapters” to be narrated by Tilda Swinton, Jane Fonda and other key women in cinema, still to be announced. Women Make Film: A New Road Movie Through Cinema follows in the footsteps of Mark Cousins’ The Story of Film: An Odyssey, to give us a guided tour of the art and craft of the movies. Using almost a thousand film extracts from thirteen decades and five continents, Cousins asks how films are made, shot and edited; how stories are shaped and how movies depict life, love, politics, humour and death, all through the compelling lens of some of the world’s greatest directors – all of them women. View Trailer.

Director’s Statement: “Many films about cinema feature only male directors, so this one is a repost. It is a film school, where all the teachers are female. The intention of this film is to, as Diaghilev and Cocteau said, “astonish us.” To campaign for equality in cinema is compellingly right. Part of that campaign must be to celebrate the great women directors, to insert them into the  canon where they rightly belong and from which they have been excluded by many film historians, mostly male. Women directors are only a part of that history – there are the great writers, producers, actors, of course, too – but there is much ignorance and blindness about women directing film. Our film will boldly challenge this blindness.”

Each week in this Classic Couple Academy offering we will watch the Women Make Film episode airing on TCM and reflect on ah-ha moments, new discoveries, and indelible impressions from the documentary series. In addition, we will consider how each week’s chapters apply to the complementary films aired on TCM during its 14 weeks of Women Make Film programming.

The academy is open to all classic film lovers. There are no fees, no grades, and no lectures. It exists as a place for shared discovery about film. Each “student” engages with the content on their own time.

Over the course of our 14 weeks, we’ll offer a weekly Academy Assignment posing questions about the chapters of the week to apply to the TCM complementary films. Join us in the experience.

Tuesday, November 24
Night Thirteen: Life Inside, the Meaning of Life, and Love