Filmmaker 5 with David Roberts and Billy Shebar: High Noon on the Waterfront 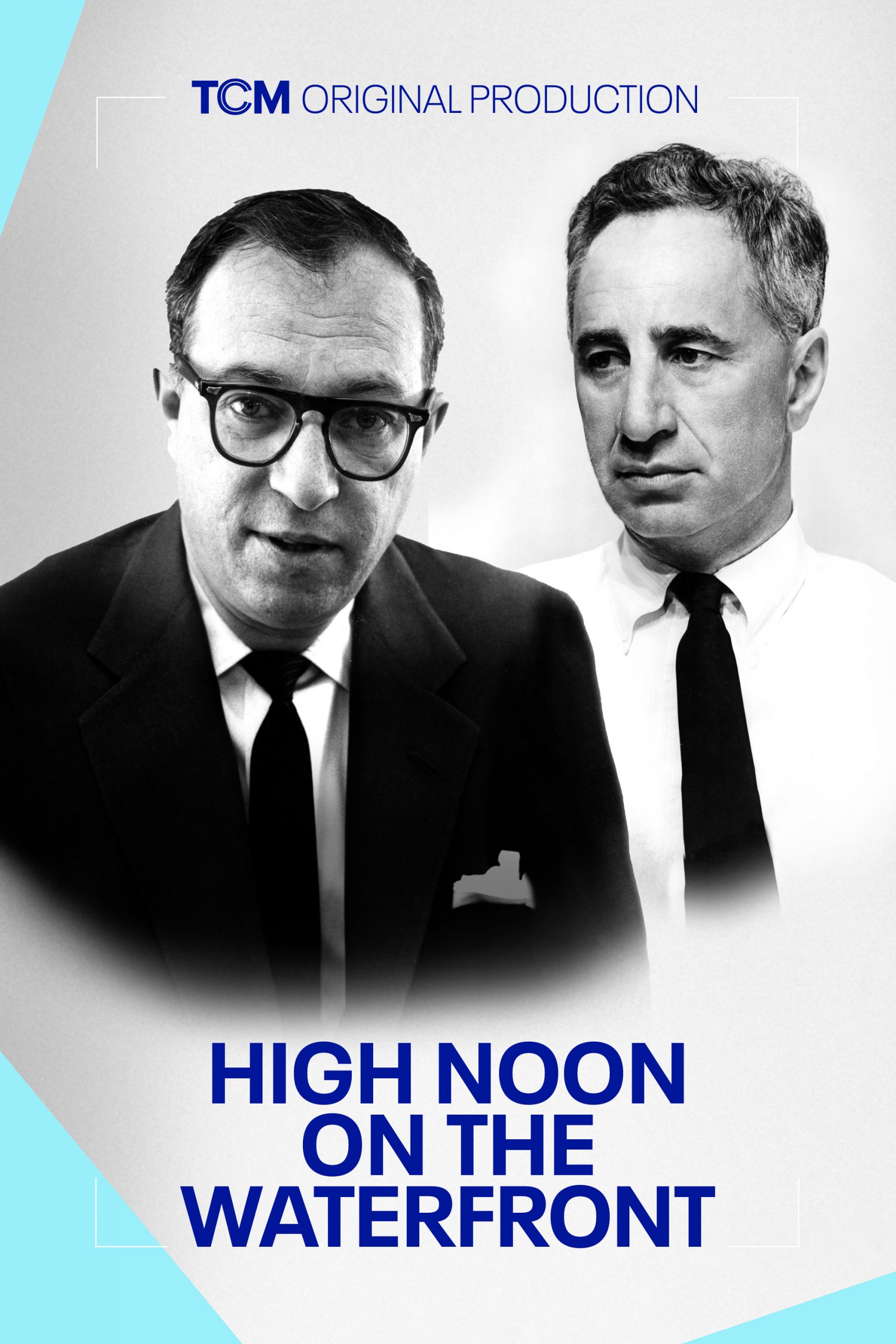 Classic Couple Academy posed a set of questions about High Noon on the Waterfront to documentary filmmakers David Roberts and Billy Shebar about this unique project. Ever the partners, their combined responses follow.

Filmmaker 5.1:  How did this project come together, and how did you arrive at High Noon (1952) and On the Waterfront (1954) as the two films to tell a Hollywood Blacklist story?

We were finishing up a stressful doc series, and needed a break. We had seen Thom Andersen’s masterpiece Los Angeles Plays Itself, and were inspired by the idea of using Hollywood film clips to tell a story. So we dreamed up a series on American history told through Hollywood film clips. High Noon on the Waterfront started out as a proof-of-concept for this series.

It was the perfect story to start with, because those two films are very personal allegories of the Blacklist by two men who chose opposite paths when forced to choose between “naming names” or losing their livelihood. We were won over by the unapologetic, almost pugilistic, voice of Elia Kazan in his memoir, and wanted to capture that in the film. Carl Foreman was the perfect foil – full of anguish and self-doubt as he refuses to cooperate with the House Unamerican Activities Committee. Writing the Foreman part was more challenging in that he left no memoir, so we had to pull quotes from various lectures, letters, interviews, etc. to construct his voiceover.

Filmmaker 5.2:  You are co-directors, co-writers, and co-producers on this film—a lot of shared hats to wear on a documentary and in your company, 110th Street Films. What in each of your views makes your partnership work for projects such as High Noon On the Waterfront?

We like to say that we share a brain. As you can see we’re not even answering these questions as individuals. We have very different backgrounds and skill sets that mesh far better than we ever imagined when we started working together a few years ago. We’re in constant communication and work out our creative differences during the process before we engage with our collaborators. We indulge each others’ obsessions, which certainly slows things down a bit, but we believe makes our films stronger and more distinctive.

Filmmaker 5.3:  Edward Norton voices Carl Foreman and John Turturro voices Elia Kazan in your film. How did you enlist them for the project and then work with them to achieve the dialogue style presented?

We knew that Turturro had a strong personal connection to On the Waterfront: as an 11 year-old he made an audio cassette of the entire film, and played it over and over until he had it memorized. In the sound booth, we worked with him on channeling Kazan’s combative attitude, and we still get goosebumps about two minutes into the film when Turturro’s Kazan bursts on “…telling my critics to go f*** themselves.” For the role of Carl Foreman, we  wanted a stark contrast to Turturros’ gravelly Kazan, and chose Edward Norton, whose voice has this trumpet-like clarity. It’s a joy to work with accomplished actors like Turturro and Norton – watching them find their way into the characters, adding nuance with each take.

Filmmaker 5.4:  How did making this documentary change how you view the two featured classic films—High Noon (1952) and On the Waterfront (1954)?

I don’t think either of us fully understood the personal nature of these films, and the extent to which they were allegories of the filmmakers’ struggles with McCarthyism. Knowing more about the brutal politics of the Red Scare, and what Kazan and Foreman were going through during this time, made us appreciate their artistry even more.

After the film showed at Telluride, a young guy came up to us and said “it’s oddly comforting to know that things were once as bad as they are now in this country.” That was gratifying, because as we worked on this film we felt the resonance with today’s politics. It’s easy to vilify someone like Elia Kazan, but the more we learn about him, and about the American communist party of that time, the more we see shades of gray. The world is full of people who make questionable decisions but also immense contributions.

1 thought on “Filmmaker 5 with David Roberts and Billy Shebar: High Noon on the Waterfront”