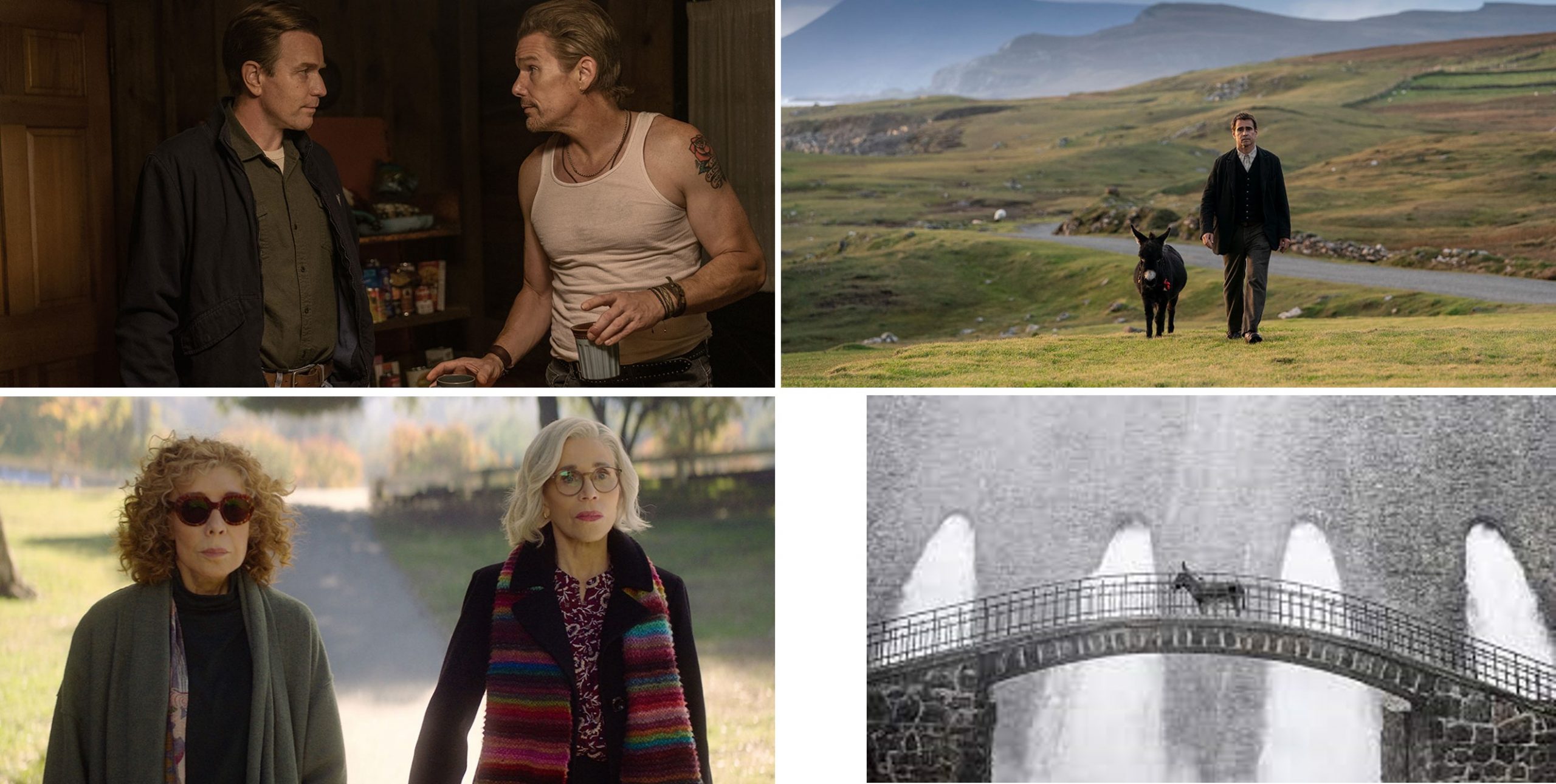 Two brothers share a name and a road trip to their estranged father’s funeral. Reunited to carry out their father’s last wishes to dig his grave, they dig deep into their past traumas and uncover the history of the man they both hate. Resentments, secrets, and memories flood in presenting the brothers with a chance to reconcile their past and find forgiveness and a way forward. All the while, the question arises if one ever really knows their parents—and must your upbringing define who you are as an adult?

In 1923 on the fictional Isle of Inisherin off the Irish Coast, two mates, Pádraic (Colin Farrell) and Colm (Brendan Gleeson) engage in a row when Colm tells Pádraic “I just don’t like you anymore.” Baffled by the proclamation, Pádraic persists in trying to make amends, meeting resistance from Colm at every turn. The row escalates under the watchful eyes of the entire village as Colm makes good on a gruesome promise. The threat of death—as if brought by a banshee—falls over the village as no one knows just how far the feud will go. Colin Farrell and Brendan Gleeson offer amazing performances in this black comedy.

Fans of the friendship chemistry established between Lily Tomlin and Jane Fonda in Grace and Frankie will appreciate this on-screen reunion, which brings the two back together in a story of friendship rekindled. Brought together at the funeral of a mutual friend, the two embark on a scheme to murder their friend’s widower in revenge for a past transgression. Along the way they unpack the past, exploring old loves, identity, aging, injustice, women’s solidarity and forgiveness. Blending black comedy and touching dramatic moments, Fonda and Tomlin, joined by fellow castmates Malcom McDowell and Richard Roundtree, do the story and the theme of Moving On justice.

From Polish master filmmaker Jerzy Skolimowski comes EO, his statement on the treatment of animals. The film follows EO, a sentient donkey on what Skolimowski describes as a “road trip,” in which he experiences great kindness and harsh brutality as he encounters people along his journey. Throughout, we see how people interact with and treat animals in both heartwarming and gut-wrenching sequences. Throughout this powerful fable, the viewer imagines what EO the donkey thinks about how people treat one another while moving through the cycle of life.