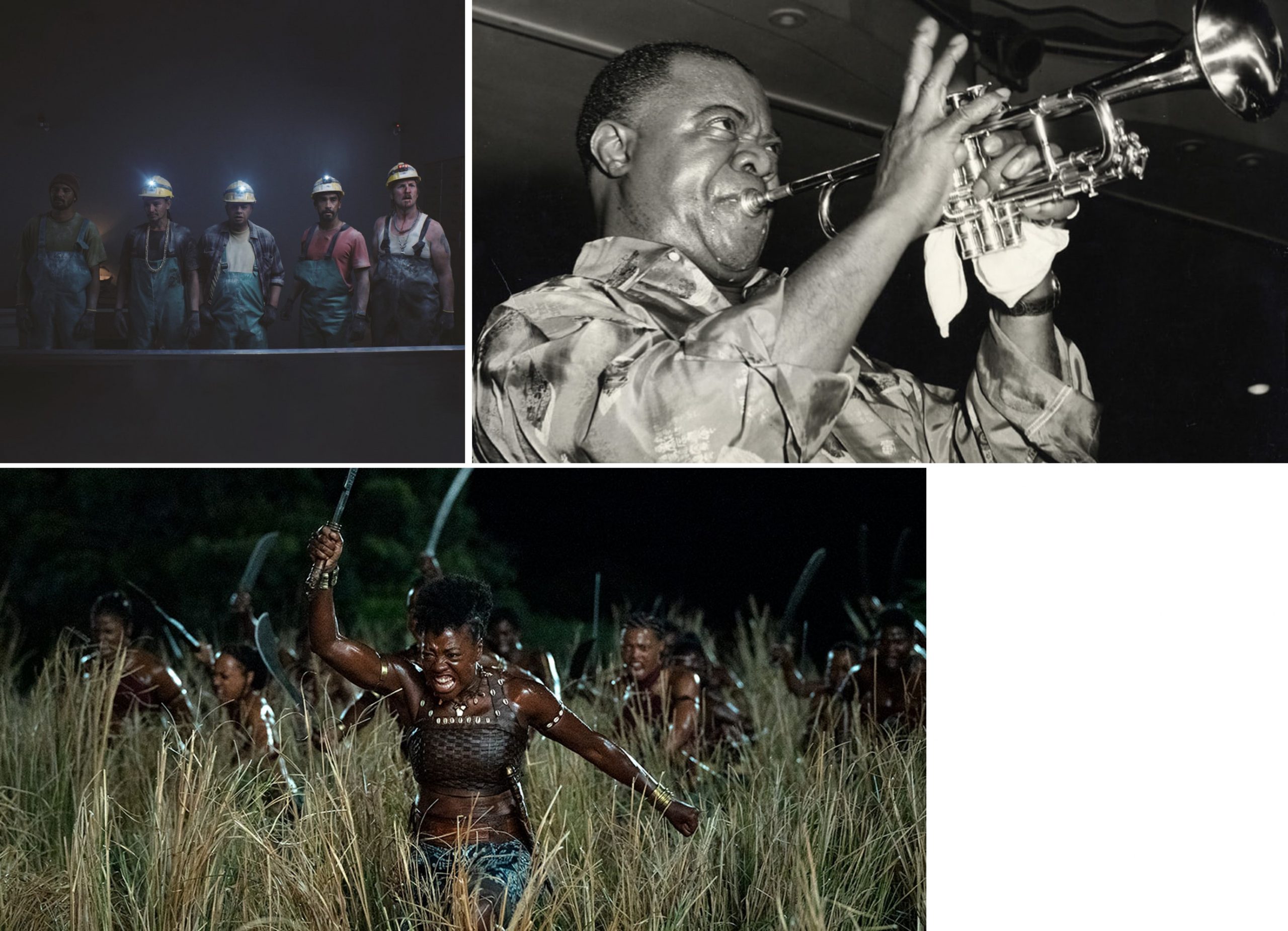 Musician Jerome Adams returns home to Cape Town for his father’s funeral. There he learns his dad left him the Bo-Kaap community’s beloved Goema Club, as well as leadership of The Umbrella Men minstrel troupe. His father also left a substantial debt with a bank overdraft soon coming due, threatening the Club with repossession. Aided by friends and family, Jerome plots a bank heist using the annual carnival parade as cover. thousands of spectators and costumed minstrel troupes invading the streets presents a unique opportunity to pull off the caper. The Umbrella Men is a fresh take on a classic film genre, offering look at the traditions of Cape Town’s Bo-Kaap community in a fresh, modern movie.

Musician and documentary filmmaker Sacha Jenkins accessed the personal archive of legendary jazz trumpeter and singer Louis “Satchmo” Armstrong. Tapping into Louis’ own audio recordings, representing a meticulous account of his personal life, Jenkins offers insights into the man behind the music—his private conversations juxtaposed with his public persona as one of the most famous musicians and performers in the world. Archival footage and a soundtrack containing some of Satchmo’s best-known songs and performances bring Louis to life and show him as a barrier-breaking Black entertainer who navigated the times he lived in to keep at his craft over a 50+-year career.

An epic tale of the true story of the true story of the Agojie, the all-female military regiment of the African Kingdom of Dahomey, which is now the People’s Republic of Benin. Set in 1823 when the Kingdom is faced with the slave trade brought in by Europeans that pitted Africans against one another as they raided their neighbors, the Agojie set about protecting the kingdom as tasked by the king. The film follows Nawi, a young girl fleeing a troubled family life whose greatest desire is to join the Agojie. She learns the ways of these women warriors and the sacrifices they make to protect their people. The Woman King delivers incredible action sequences and touching moments with tour de force performances by a cast led by Viola Davis.