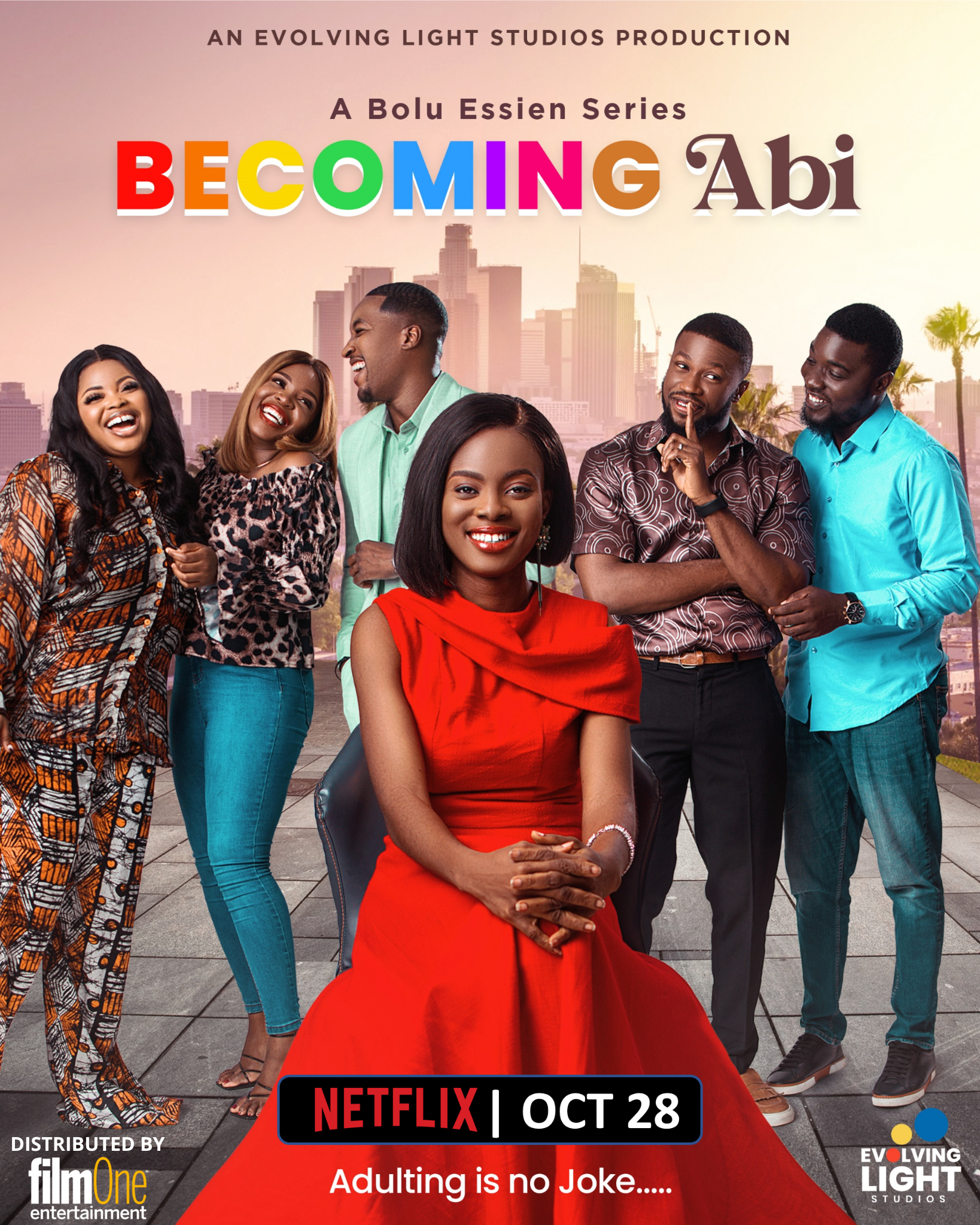 Classic Couple Academy sat down with Bolu Essein for an exclusive interview on creating, writing, producing, co-directing and starring in her first TV series titled: Becoming Abi, airing on Netflix globally from October 28, 2022. Our chat about the workplace dramedy follows.

Given your background in global marketing, viewers will likely view Becoming Abi as your story. How much of this story is autobiographical?

There is fiction, and there is reality. I worked in advertising agencies and was definitely taught by my bosses. I eventually became the manager and people thought I was being tough, but I also fought for people’s salaries to be increased when I was their manager. Some of them, at a time when I was leading them, didn’t really like me. Now, they call me and ask for my referrals if they’re about to get a job. And I do that; I have a relationship with most of them even after working together. So, Becoming Abi is both fiction and reality mixed.

I would say not everything that happens in our life or to us in life is dramatic. Reality is also perspective. When you witness two people having a confrontation, one could say you shouted at me, but that person could say, “I just have a loud voice. I wasn’t shouting at you.” For me, viewers watch you and then take what they want to from it because it’s all about perspective.

How is Abi an “every woman” of her generation? How is she uniquely Nigerian?

She’s every woman in how she relates to people—because in her you see our ability to relate with one another in friendship, in love. What we tried to bring to bear with Abi is you just see her relating with people in honest relationships. And even in honesty, we make mistakes.

Typically, what you see most times on screen—when people relate to Nigerian African stories—is the stories from the past looking like epics. What this does is to show you the 21st century woman and the realities that she’s facing. In Nigeria, most times, the manager makes the team scared. But now, the work culture is moving to where you’re the manager leading the team and you’re also part of the team. You’re ensuring that everyone as a collective is delivering on their jobs. It was intentional right from the beginning to show the work culture in Nigeria.

You tackle a lot of relationships in Becoming Abi—those between friends, family, love interests, co-workers, bosses, and clients. As a storyteller, how did the relationships you wished to convey influence how you directed the actors portraying the characters?

In picking the actors, I wanted people who I felt could interpret the personalities. The only people who are sort of real in it is myself, the HR guy and one of my colleagues. Most of the female characters are a combination of different people I have worked with in my life. I didn’t really have a best friend working in the agency. But across the years of working there, I had people who were close to me. So, what I did is I brought all their characters together to create a best friend character. And that’s what I did across the different characters in the show.

It was important in the directive to trust the actors because I believed in them. When we were having the table read, they were asking questions, not just about the script. I sent them who their character is and some of what is going to happen to the characters eventually. So, they’re acting with that in mind—the full scope of who their character is that the viewer doesn’t know. In directing them it was much easier because they understood the characters and we trusted the actors to deliver.

The fashion in Becoming Abi is fabulous. Who informed the costuming choices for the series—and the various characters’ looks?

I knew how I wanted each character to look. I created a deck about each character because the hair, the clothes, the makeup are part of the storytelling. Every little thing mattered to me so that if a character transitions or switches looks, you know that something has happened to them. You notice in the first episode, Abi has very short, tattered hair. As her salary has increased, her looks continue to grow. It was intentional.

Representing Africa and the true reality of what we are experiencing was important. People might look rich, they might be dressing well, but they don’t own the home they are living in; they’re living with their grandma. There are more people who dress well, but they’re looking for a salary increase. What I’m so happy about is that we’re placing reality in front of the viewership.

What do you hope global audiences gain from watching Becoming Abi? How do you see yourself and this series representing the African film industry?

When you create, you’re just hope you’ve done your best. In my opinion, there was really no overacting. We were just about people’s lives—as if you’re following people in their daily lives with the torchlight and nosing in like reality TV. I want them to watch it and see people lives and the challenges they’re facing. Even though there are different colors of skin—black, brown, white—the truth is that the challenges we face are the same. Love, hate, joy, sadness, happiness. We want to love and want to be loved.

These are the issues, right? Workplace promotion, growth—your work being taken for granted to somebody else taking credit to wanting to be great. These things are happening globally. Becoming Abi is our own lookout and how the things that happen, happen here.

Even with fiction comes reality. We want a person to see the story and relate. Like this happened to me just last month. Or if this is not me, this is my brother. Or that’s my sister, or that’s my cousin.

Everyone is becoming. We all have a journey that we’re going through in life. Becoming Abi is a way for people to see that it’s all about the journey. There’ll be good and bad times, tough times, but you can go through it. Just watch and tell yourself, I’m becoming.

This is a series of six episodes. Do you have an extension of Abi’s story in mind? Might audiences expect more of this story?

It was actually meant to be more than that. I have scripts already. Hopefully if it does well, we will get to tell more of Abi’s story. We’ve put in some like Easter eggs and there is more we can go into like who her real parents are. They’re having a rough patch in the organization, the team seems to be pulling apart, there’s so much going on. There is more to tell. And even more style and fashion to show. People are going to live for the fashion as well.