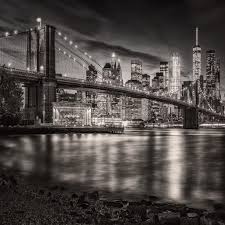 Filmmaker 5.1: The three films in your “New York Trilogy” cover the streets, the landmarks, and the underground of NYC as portrayed in Speedy (1928), The Naked City (1948) and The Taking of Pelham One Two Three (1974). How would you characterize these three classic films as love letters to the Big Apple?

These three films are much more than love letters to NYC — all three are about the working people of New York, regular folk who work as taxi drivers, streetcar conductors, cops, etc. All three also take unusual care in depicting the city accurately. Thousands of movies have been set in New York, but these three stand out for me for the way they put across what day-to-day life for the average New Yorker is like. They’re not just a series of what I call “tourist shots,” like the Brooklyn Bridge or skaters at Rockefeller Center.

Yes, location is important, and New York is the ideal location for so many movies because it has so many visual delights — from the skyscraper canyons of Midtown to the teeming tenement streets of the Lower East Side. Every Hollywood studio has a “New York street,” but none of them take the place of the real city.

There’s a shot in The Naked City taken from the Brooklyn side looking at the sun coming up over the Manhattan Bridge. There was no logical reason for the characters to be in Brooklyn except that it created a breathtakingly gorgeous cinematic moment.

Filmmaker 5.3: Pelham One Two Three: NYC Underground is an homage to the portrayal of the New York City subway in film. As a native New Yorker, what’s your most memorable personal subway moment—the story you find yourself retelling?

My most memorable subway moments are all in the movies! Maybe Fernando Rey waving bye-bye to Gene Hackman in The French Connection or the guy banging on the Chiclets machine in The Naked City. Or even Woody Allen being mugged by a bunch of hoods (including a very young Sylvester Stallone) in Bananas. To be honest, the real subway can be a drag — New York’s system is behind other great cities (like Tokyo, for example). I like old things, but not when it means interruption of service or dirty stations.

So, a real-life thrilling moment for me was when I first stepped into one of the spanking new stations of the Second Avenue Subway, which took over 80 years to complete! I get around the city mostly by bike now, but I still love the subway’s history and lore, so beautifully conveyed in the original Taking of Pelham One Two Three.

Filmmaker 5.4: What would you like classic film fans to take away from their “New York Trilogy” viewing experience?

I hope they take away that New York is still one of the most exciting places in the world to be — even post-pandemic (maybe especially post-pandemic; we now have these lovely sidewalk cafés all over the city). I never getting tired of exploring the city — I discover new things every day. You can’t say that about every city.

Filmmaker 5.5: You’ve been listed as “one of the 101 essential New Yorkers,” called “the Michael Jordan of Film Programmers,” and referred to as “The King of New York.” How would you describe yourself and your work, no need to be humble?

I would describe my work simply: I’ve tried to share all of the things I’ve loved — and haven’t just followed the current fashionable critical line. I’m also interested in getting kids interested in classic cinema with our Film Forum Jr. programs. I especially love it when they react to Keaton, Chaplin and Lloyd exactly as audiences did nearly a century ago. Those films are timeless.

All three films in Bruce Goldstein’s “The Streets of New York Collection”– In the Footsteps of Speedy, about Harold Lloyd’s 1928 silent comedy shot on the streets of NYC; Uncovering The Naked City, about Jules Dassin’s classic 1948 thriller; and Pelham One Two Three:  NYC Underground—will be shown during the 2021 TCM Classic Film Festival. Goldstein’s latest film, Pelham One Two Three: NYC Underground—a humorous short film essay about the 1974 The Taking of Pelham One Two Three, one of his favorite New York movies—is making its broadcast premiere as part of TCMFF 2021. Available for viewing on HBO Max.

2 thoughts on “Filmmaker 5 with Bruce Goldstein”