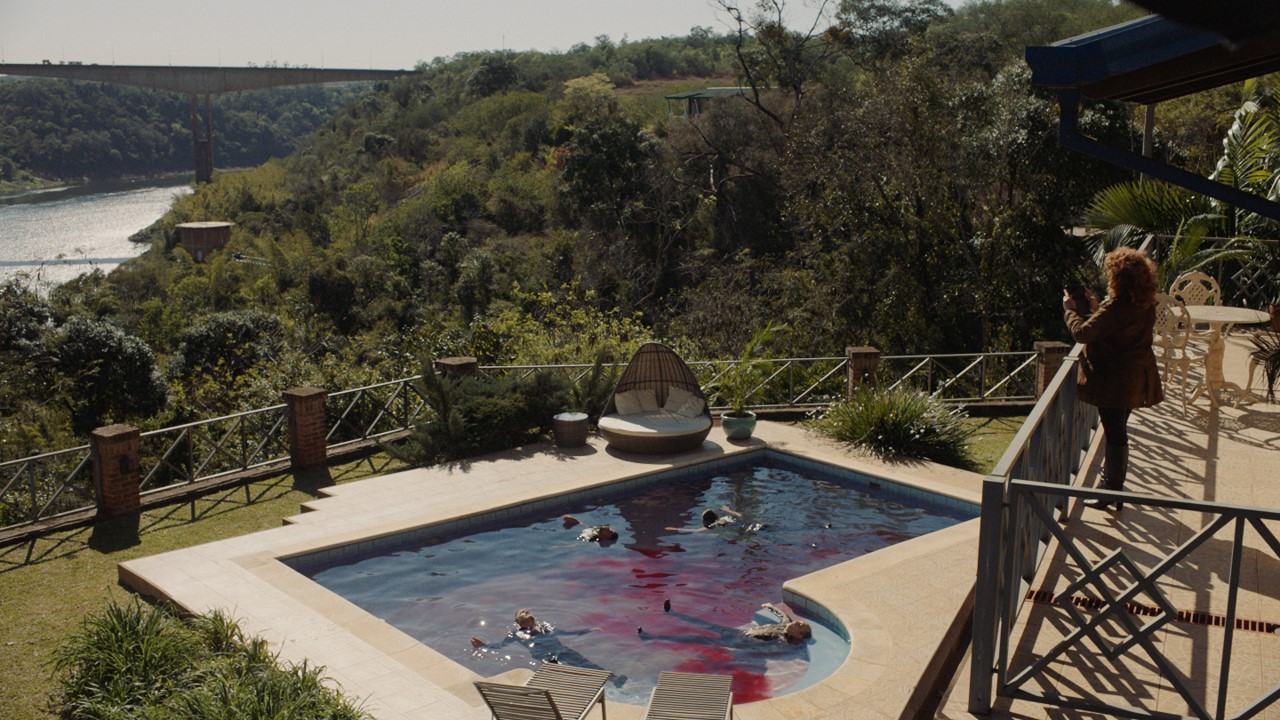 In a remote area in São Paulo’s countryside, a rural family struggling to make it accepts a proposal to host a mysterious stranger. Soon, the family home, situated beside a charcoal factory, becomes a hideout for highly-wanted drug lord. Mother, husband and son clash as they try to keep up appearances with the neighbors, maintain their daily routine, and learn to share the same roof with a stranger. Charcoal provides an intimate view of a peasant family’s life turned upside down and inside out in the pursuit of financial gain.

Charcoal has its world premiere at Toronto International Film Festival, September 8-18, 2022 as part of the TIFF Platform programming. Showtimes here.

Filmmaker 5.1:  Charcoal is your first full-length feature. How would you describe this directorial experience compared with your work as a short-film filmmaker?

Both are complex in a quite different way. But of course, directing a feature film takes way more time, more energy and more stress. It was an amazing experience and I was lucky to have a team that had worked with me previously with my short films, and the ones who hadn’t (crew and cast), were very passionate about the film. That helped me a lot. It was a privilege to have these partnerships, because you feel so exposed during your first feature, everything is quite new and challenging and you know you have way more responsibilities and people involved, so it can be pretty scary.

Filmmaker 5.2:  The consequences of secrets and hidden identity are major themes in Charcoal. How did these themes influence how you wrote the characters?

I grew up in the countryside and I have always been fascinated by the fact that, to fit in, you had to play a role. Which can lead to having an identity that might not necessarily be yours. A kind of metaphoric existence, with people needing to pretend to be someone else or hiding from something. It was interesting for me to think about characters like that.

Filmmaker 5.3:  How did you collaborate with the cast and crew to contrast the realism of the film’s setting with the absurdity of the plot?

It was quite a family. I owe so much to the cast and crew I can’t even express in words. Some of them, like the AD, DOP, production designer and location manager were very close to me for a long time or long-time collaborators. The cast was so enthusiastic about the film, trying to create the specific strange atmosphere and not blinking to or currying favor with the audience. I guess we were enjoying doing that so much together that in some scenes we realized we were almost watching the film instead of doing it. That was really magical and made me confident in what we were creating.

Filmmaker 5.4:  What do the struggles of the family in Charcoal reflect of your own lived experience?

As I said, I grew up in the countryside and even though it was a nice environment for a kid and teenager, this conservative environment makes you feel so pressured to fit in some roles. Especially if you are a woman. And even more violently if you are gay. It’s a pressure I remember feeling. The family in Charcoal is socially pressured all the times in many ways. Politically, religiously…Of course, the film is a dark satire, so they react in an extreme way, but the concept of this absurdity could be triggered by these pressures.

Filmmaker 5.5:  How has the TIFF Talent Lab experience shaped your work on Charcoal as a filmmaker?

I had the chance to meet filmmakers that I admire so much, such as Claire Denis and Jia Zhangke for instance.

Having the opportunity to ask very specific questions on their passions, creative choices and challenges helped me learn a lot. It was indescribable to learn how some of the greatest pieces of cinematic history came to life and the struggles and solutions they came up with.