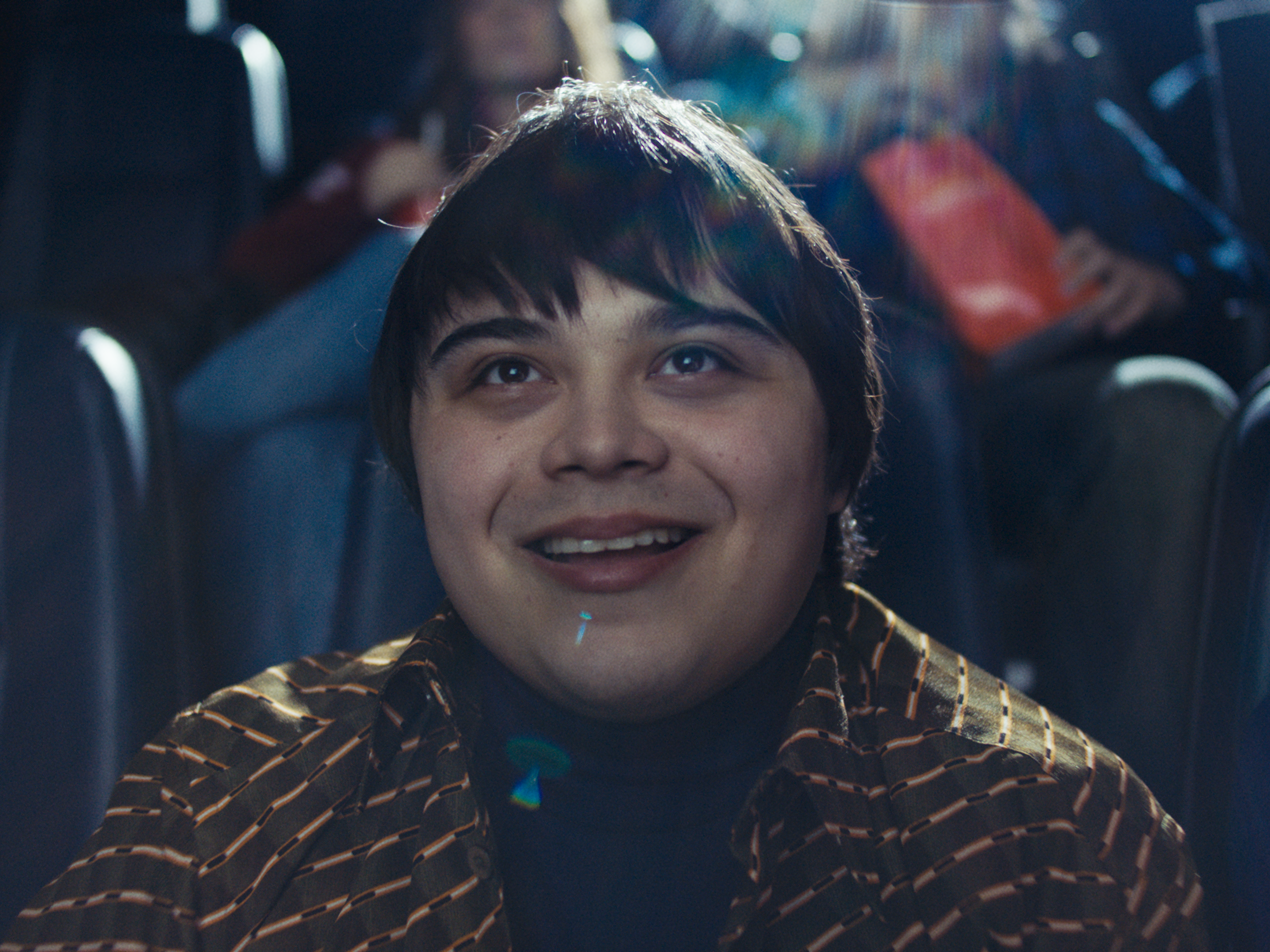 In I Like Movies socially inept 17-year-old cinephile, Lawrence Kweller is self-absorbed and movie-obsessed. Driven by his desire to attend film school at NYU, he gets a part-time job at Sequels video store, fully convinced he can earn $90,000 to meet his tuition needs. There Lawrence forms a friendship with the older store manager, Alana. While narcissistic film snob Lawrence undermines every high school relationship he has, Alana helps him prepare for the reality of university life.

I like Movies has its world premiere at Toronto International Film Festival, September 8-18, 2022 as part of the TIFF Discovery and TIFF Next Waves Selects programming. Showtimes here.

Our Classic Couple Academy interview with award-winning filmmaker and I Like Movies writer and director Chandler Levack follows.

Filmmaker 5.1:  You approach heavy topics including suicide, sexual assault, and mental distress while showing how movies can provide individual solace and create social bonds. What were your biggest challenges in weaving these themes into this coming-of-age story?

Thanks, that’s such a great question. As a writer, it was finding that delicate balance of making these themes feel real and rooted in the characters’ lived experience without becoming heavy-handed or expositional. I wanted Lawrence to have a really compelling psychic wound, but also still be kind of a dick. I wanted to show that you can have real trauma happen to you, but you still need to be responsible for the way you treat other people. It doesn’t actually excuse your behaviour. Being able to shape this with the actors, and particular with Romina who plays Alana was really helpful. I wanted to treat these heavy themes with a lot of empathy and of course, comedy too. I think there is a danger, especially in a teen movie, that it could all turn into a very special episode of Degrassi. So making these themes and backstories more peripheral, just hinting at them, seemed to be the way forward.

Filmmaker 5.2:  The main character of Lawrence Kweller is both unlikable and endearing. As director, how did you collaborate with actor Isaiah Lehtinen, who plays Lawrence, to bring this character to life?

Isaiah was truly a gift from god for me as a first-time feature filmmaker. He innately understood Lawrence from the very beginning. I remember sending my mom his audition tape and she said was like, “Don’t cast him! He’s too much like you were as a teenager, and it’s freaking me out!” Which of course made me want to give him the part immediately.

We spent a few months leading up to the shoot talking about the character. I gave Isaiah a big list of movies to watch, many of which he’d never seen before, like Ghost World, Punch-Drunk Love, Frances Ha and Rushmore. It was really interesting hearing someone who was young discover these films and share their thoughts on them. I remember he told me that “Frances Ha made me scared to be an adult.”

He also gave me some films and series to watch to understand him, like Perfect Blue and Neon: Evangelion Genesis, which was a joy! We made a Spotify playlist for Lawrence and a real touchstone for Isaiah was The Beach Boys’ song “I Just Wasn’t Made For These Times.” Having a shared language of popular culture, which is also the currency of the movie, was a fun way of working through the film. When he finally got to Toronto, doing a costume fitting and just talking through some of the elements of his physicality and emotional state ended up being really important too. But Isaiah was so already incredibly good to begin with, it was just me as a director more hanging back and observing him on set and giving him the freedom to ad lib.

Filmmaker 5.3:  You also contribute to some of the music for the film. What was your vision for incorporating music alongside movies as a storytelling element in I Like Movies?

The person who wrote the music for my film is my composer Murray A. Lightburn of the Montreal band The Dears. And I would never want to take credit for his genius! I did write the lyrics and melody to Alana’s inventory song, and to a legal version of the “Chanukah Song” that we could get away with, since Adam Sandler’s original song in SNL would cost us at least $40,000. That was an intense weekend of just sitting around in my apartment thinking “Oh my god, what rhymes with Alan Alda?” (“Oy gevalta” is what I came up with.)

Music is so important to me. I started my career in journalism as a music critic for SPIN and The Village Voice and my filmmaking career by directing music videos. It’s one of my favourite parts of cinematic storytelling, and I wish I’d gotten a chance to score some real needledrops. Within our limited budget, I really wanted to have as many classic Canadian songs of the early 2000s on screen. My producer Evan Dubinsky is also a music supervisor and he helped us license “Fuel Injected’ by Swollen Members, “Tinfoil” by Limblifter and a song by the Canadian pop punk legends Not By Choice. When writing the script, I kept listening to “Loving” by Land of Talk and it became such a personal anthem for me. “Touch a body feel it/it’s gonna get worse/don’t say you live here/don’t let it get cursed,” feels like exactly what the film is about to me.

Filmmaker 5.4:  Since you went to film school we have to ask, how much of your own experience is reflected in I Like Movies?

There’s a lot of personal elements that I put into the movie. I did grow up in Burlington, Ontario in the early 2000s, I worked at Blockbuster and I had to wear a sash and talk to customers, which was humiliating. While there’s obviously a lot of fictionalization at work too, I just wanted to write characters that I knew and understood and loved. Some elements are based on real people that I grew up with and I loved putting little weird personal touches in there that you would never notice.

Filmmaker 5.5:  I Like Movies is your first full-length feature. How would you describe this filmmaking experience compared with your work as a video and short-film filmmaker?

It was so much more intense than I could ever imagine. While I’ve made short films and music videos that involved a lot of prep and intensity, the scope of a feature is quite different. You’re running a marathon, not a sprint. What I loved about it so deeply was the chance to tell a story with a wider scope, and develop relationships and collaborations with people over time. It was so fun to think about how to use elements like costume design or cinematography in an artful, expansive way. To see how a character can grow or mature, just based on what they wear by the end of the film. I truly am so addicted to that stuff, and I loved every aspect of the pre-production process. Editing was also fascinating, to see the movie take shape over time and to be ruthless in cutting it down. I had a really wonderful relationship with my editor Simone Smith, and in that process, I really felt like I became a filmmaker.