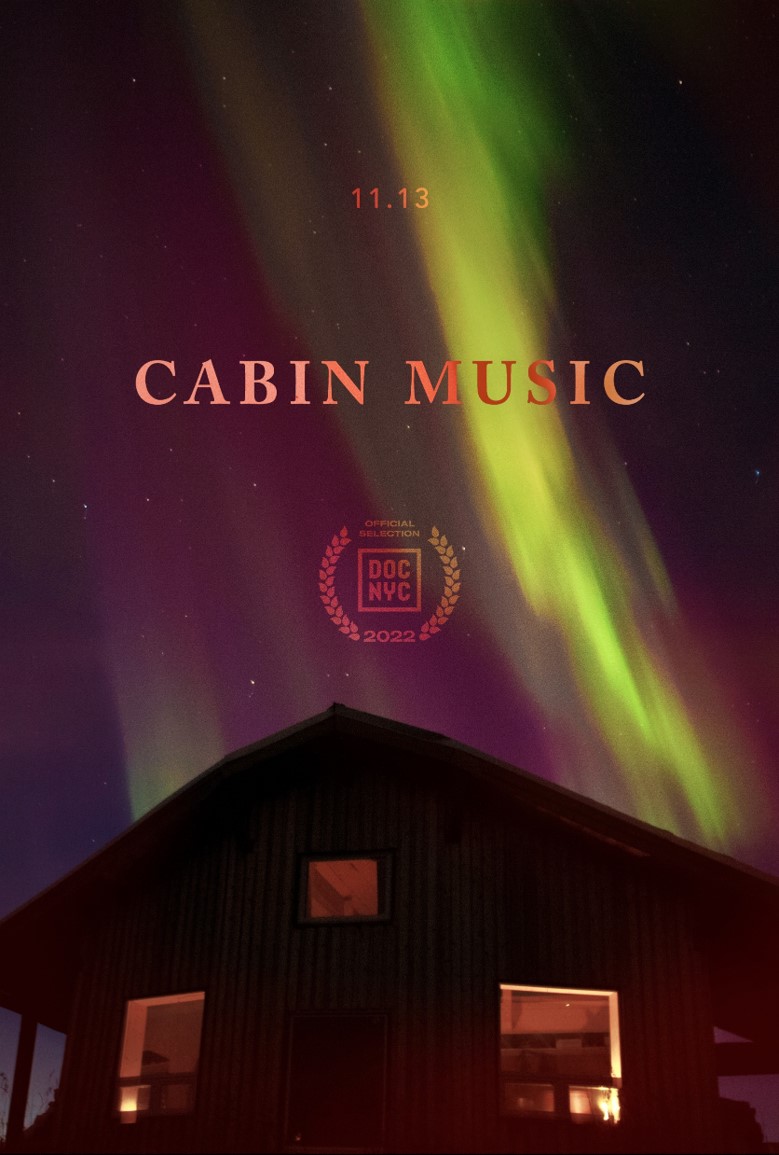 James Carson was a child prodigy born with perfect pitch and a gift for the piano. At age 16 he was labeled by the Edmonton Journal as “one of the most gifted rising stars” in music, going on to attend the New England Conservatory. And then, he walked away from it all. And went walkabout, spending two years traveling the globe from Spain to Siberia to Japan.

When he returned to Northern Alberta, Canada he built a cabin. But not just any cabin. Over five years, Carson designed and built a cabin within which he could “play the whole piano at once.” That experience playing piano in the cabin resulted in his vision to create music in the space between traditional composition and improvisation and to unite the musician with the audience.

Carson’s vision resulted in a tour de force of concurrent artistic projects: an album, a performance and a film. The sequence began with an October 27, 2022 concert performance at the Crypt Chapel underneath the Church of the Intercession in New York City, presented by Death of Classical. The next day his debut album of 11 tracks, The Story of Birds, on Bright Shiny Things dropped. Distilled in Carson’s cabin, this “cabin music” was recorded consecutively, with no edits or alterations as a channeling, a melding of musician and place. The third installment in the project, the documentary film Cabin Music premieres Sunday, November 13 at 6:30 pm at DOC NYC 2022 in the U.S. Competition. DOC NYC online access dates run Monday, November 14-Sunday, November 27.

Classic Couple Academy spoke with James Carson about the third component of his trilogy, the film Cabin Music. Our interview follows.

Filmmaker 5.1: Cabin Music is the story of a builder. Agree or disagree?

I think filmmaker and builder are quite similar. The product is project management. You’re accumulating assets that have to go through multiple steps to become a finished film. The same thing is happening with a building where you go from rustic and crude to the varnishing of molding or something very ornate; to give it its luster that you’re going to add to the finished product. The color correcting of a film is analogous.

In both cases, building a building and making a film, you need to know which hat you’re wearing. You have to put on this hat and take it off and put on the next hat and take it off and the same goes with building. A carpenter is like the editor of a film. The carpenter lays out where the plumbing is going to go. The editor says this is where sound design is going to go, this is where these effects are going to go. You’re really mapping out where all the pieces go and that’s the carpenter’s job and the filmmaker’s job.

“The vision came in two parts: I would travel around the earth, and then build a cabin to create my music. My goal was to play the whole piano at once, but to do it in a way that was also harmonious and tranquil—in the same way that a single breeze can cause all the leaves of a forest to dance and tremble in unison.”

Filmmaker 5.2: As a gifted musician, one could say that you already have your art. Why pursue filmmaking as an artistic expression?

The music is coming out of a place. You cannot separate the music making from the place and from which it originates. If you’re playing piano in the cabin with those walls and that lumber, there is no other place in the world that sounds like that. You didn’t go on a trip to the cabin, you didn’t fly there, drive there and spend a week there You’re not sitting there with the fire or the snow outside or the birds and the squirrels running around. You’re just not having that experience. But we can record it.

I just love everything about filmmaking and love learning about it. It is the only medium that can put people in a room watching the film and they can go to Japan, go to Siberia, go to France, go to all those places in New York and the cabin in the blink of an eye. You know it’s not exactly the same, but it is a much closer version of getting there. There is an immersive capacity that only cinema can do. Film lets you actually look at the thing. And not only looking at the thing, but you’re also seeing the thing moving frame by frame and you’re hearing sounds. It’s strongly immersing you in a place. And that’s it—the goal is that you’re in the cabin at the end of the film.

Filmmaker 5.3: The film marries your music with images, light, pattern, shapes, movement in a layered experience—at the same time, you are telling a personal story. How did you arrive at the storytelling approach you used in the film?

Filmmaker 5.4: And now for cinematic influences. What do you count among your most important experiences with the cinema?

There’s a kindness and a generosity of spirit that’s in Kurosawa. In Kurosawa, there’s a very fundamentally optimistic human worldview, that I think is in me and in this project. I think that the basics of human beings learning to be good are mapped out in those films. Just take Seven Samurai—they are learning to be good. It’s a very simple optimistic thing.

I’m going to do my own things, but nevertheless, those are two very big influences.

Filmmaker 5.5: Cabin Music is described as a “nearly two-decade effort to transform the ways in which music is created.” Have you achieved what you set out to do? What remains?

Yes, it’s achieved by the fact that the film is playing in the theater at a festival with top documentaries. I just played a concert and the album’s out. Yes, we achieved the mission. The mission is that anybody can get access to it if they need it. Now it’s time to play and do projects and collaborate.

First, I’m a pianist and a filmmaker doing concrete things. It’s worth buying a ticket if you want to hear me play or watch the film. That’s all just tangible work products that are real things. But you can listen to the music, and you can paint. You can write. You can garden, call your mom, call your dad. You can break up with somebody; you can ask somebody out. You can start your business; you can do your laundry. You can dream; you can go for a walk. Whatever the thing that you need to do, you can go do it and the music can just get me out of the way and let the music do what it needs to for you. And if you need concrete understanding, you can watch the film.

Each of these things is letting you get to where you need to get to. And there’s no way that I can know that. So yes, the mission is accomplished. But it’s also the beginning.

Watch and listen to the trailer from The Story of Birds, the debut album from pianist and filmmaker James Carson.