Filmmaker 5 with Mark Fletcher: Patrick and the Whale 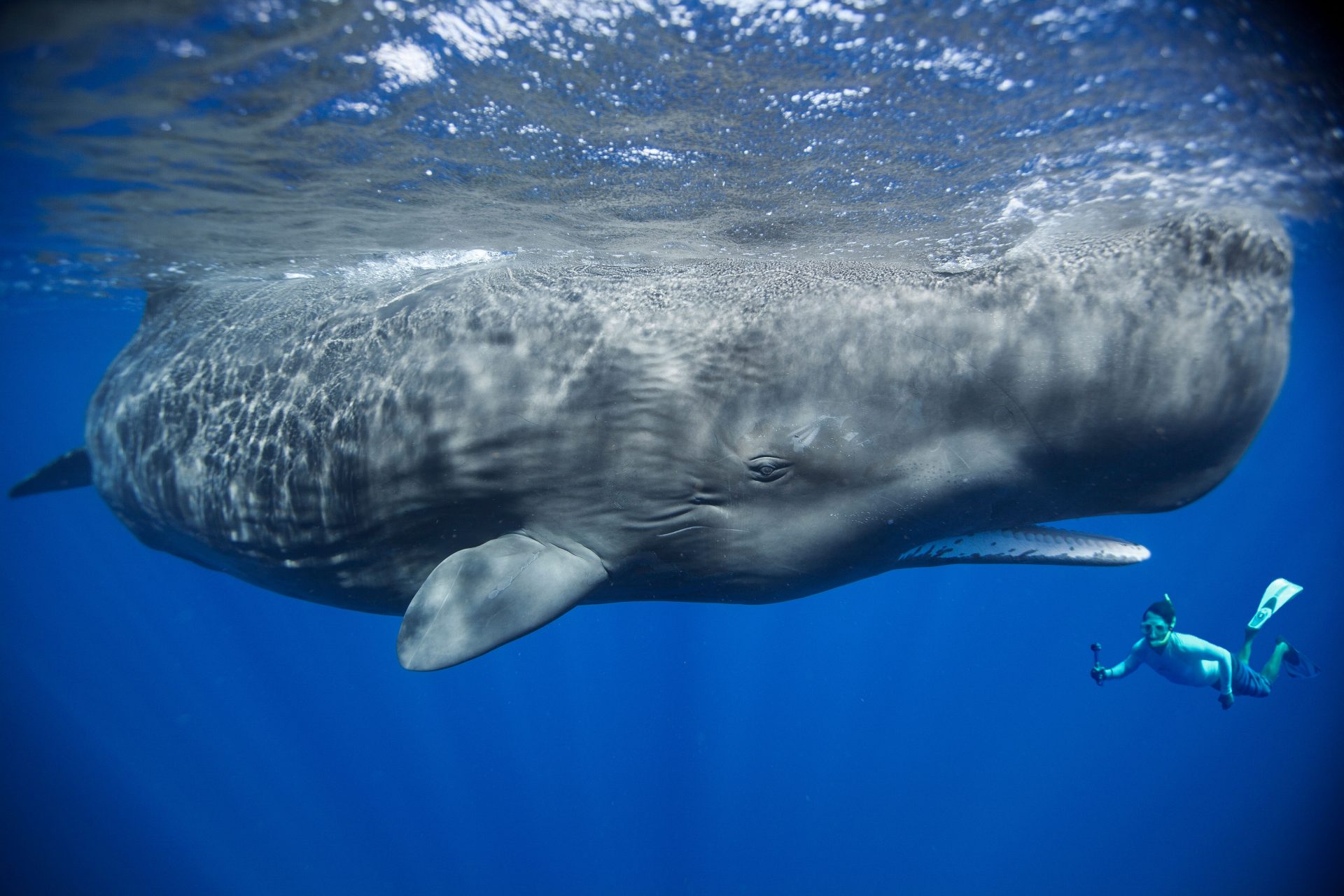 Award-winning cameraman Patrick Dykstra spends his life to traveling the globe, following and diving with whales. On one dive in Dominica, his close encounter with a female sperm whale changed his life. He named her Dolores and the two engaged in mutual study—her studying him as he studied her. Patrick and the Whale follows Patrick’s personal journey as a man who has sacrificed everything in his single-minded quest to connect with and understand one of the biggest creatures in the ocean. Documentary Patrick and the Whale has its world premiere at Toronto International Film Festival, September 8-18, 2022 as part of the TIFF Docs programming. Showtimes here.

Filmmaker 5.1:  How did you come to know Patrick Dykstra and what about his story piqued your interest?

Patrick is a respected ocean explorer and underwater cameraman. His latest credits include the National Geographic/Disney+ series “Super Natural” and the Netflix series “Our Great National Parks.” He has a legendary knowledge and enthusiasm for whales, and has made important contributions to understanding whales. In previous films he has shown his passion and expertise, as well as his world-class skill as a cinematographer, but here he seemed willing to reveal a very personal side: a love for a whale and a relationship that he described as ‘possibly the most important in his life.’

The project is produced by Wolfgang Knöpfler and Walter Köhler, of Terra Mater Studios in Vienna, Austria. They contacted me to help initially with editing the natural history side of the story, and my role grew from there. I’ve worked with them on many great projects over the years as an editor and writer, and know how wonderful they are to work with, and how dedicated Terra Mater Studios is to making the best possible films.

As Patrick and I worked together, I discovered an extraordinary honesty and generosity of spirit within him. He’s very gentle and modest, and he trusted us all in a way that was both a delight and a huge responsibility. It was very humbling.  He said that his discoveries about whales had changed him, and as we explored the biology and character of the whales, I began to realise that his personality was startlingly similar to theirs. The whales had perhaps recognised a kindred spirit. As the whales were trusting him with their story, so he was trusting us to tell his story.

Filmmaker 5.2:  Whales are massive creatures, and the film truly presents them at scale. How did you approach this in your filmmaking—how to show the scale of Patrick and the whales he interacts with?

Patrick filmed much of the close footage, and were lucky enough to have wonderful specialist cinematographers for all of the shoots over the years, particularly Gail Jenkinson with Romain Barats. One of their aims from the start was to film Patrick alongside the whales to show the scale. They succeeded brilliantly but what was surprising was the intensity of the connection between Patrick and the sperm whales. The whales seemed often to be totally focused on him, to be listening, waiting for him to say or show them something. There was a genuine emotional bond that shone out of the footage.

Filmmaker 5.3:  Provide some insights into your storytelling and editing process. How long did it take to get to this cut of the film?

We had a huge amount of footage of sperm whales from Dominica, filmed over almost a decade. Each whale can be identified by their tail flukes, and scientists have compiled an identification book of all the named whales, and their family histories. There are about 150 whales, and we had hundreds of hours of footage, so identifying the whales in each shot was an early challenge. Patrick and I sat together as he explained each character and family. I have written and edited many films about whales, which helped.

Dolores is our main character, but she hadn’t been filmed much, and wasn’t well known to the scientists. As other whales became stars in our story, so identifying their families, and understanding their lives became increasingly important. The story is not just what we see in the film—these are real characters with complicated lives, and we needed to understand them. Patrick had key encounters with the main characters, and these encounters, and what happened, totally shaped the story. We also had about 100 hours of interviews with Patrick, out in Dominica and in our floating studio, and countless discussions off camera as the edit progressed.

Terra Mater Studios producers Walter Köhler and Wolfgang Knöpfler were incredibly generous, and gave us time to explore the best ways to tell the story, and with great advice. I also worked with James Reed and Matt Houghton on finding ways to tell Patrick’s story. Rupert Murray filmed and directed much of the surface footage in Dominica, so his contribution too was critical, and he worked on the early edits. Overall I guess it was spread over a year of editing, involving many amazing people, though ultimately it was Patrick’s time and dedication, and his extraordinary encounters with whales, that has shaped this film.

Filmmaker 5.4:  There is a story being told here about Patrick Dykstra’s work —and at the same time so much that is unknowable with this subject. How did balancing the known and unknown influence how you put this film together?

In a sense this is a story about how little we know. These whales have been studied for hundreds of years, but there have been some recent breakthroughs. These are like small windows into a world that is, at present, sadly alien to us. Patrick’s contribution in this film, I believe, is a breakthrough in our understanding of whales’ emotional lives, and is part of a wider research effort.

There are extraordinary scientific projects dedicated to understanding these whales, including Project CETI (Cetacean Translation Initiative). Here arrays of microphones and speakers send sperm whale vocalisations into ‘Google translate’-like algorithms, that search for patterns and meanings. The hope is that further algorithms, (including ones that predictive text is based around) will take the ‘translation’ and speak back to the sperm whales through the underwater speakers. Ultimately, we may never fully comprehend their meaning, but even any connection may help our understanding enormously.

On the other side of language research is the evidence that these whales have complex emotional lives, and these may be inaccessible to language. It seemed to Patrick and the team that some of the whales were trying to teach us something about trust and loyalty, about their family bonds and friendships, ideas that are better felt rather than explained. That is of course hard to put into a film, but we hope that the whales here, through Patrick, are teaching us all.

Filmmaker 5.5:  Marveling at the visual aspects of the film aside, what impact do you wish to make on viewers experiencing Patrick and the Whale?

I hope that audiences will feel what Patrick felt with these whales. Sperm whales are among the most intelligent creatures on the planet, including us. Their brain is many times the size and complexity of ours. They have bonds with each other that far surpass ours. While working on Patrick and the Whale, we came to believe that they were leading Patrick through a series of lessons about who they are, and showing us a little of their wisdom. We all hope that a better understanding will mean better protection for whales, and will inspire a greater effort to undo the damage we have done to our world. They are still being killed by boats and nets, and the sperm whale population in Dominica is in decline. Ultimately, we hope that the audience feels joy to have been part of a whale’s life and to have heard their message. If anyone comes away feeling a little differently about our world, we have achieved something.