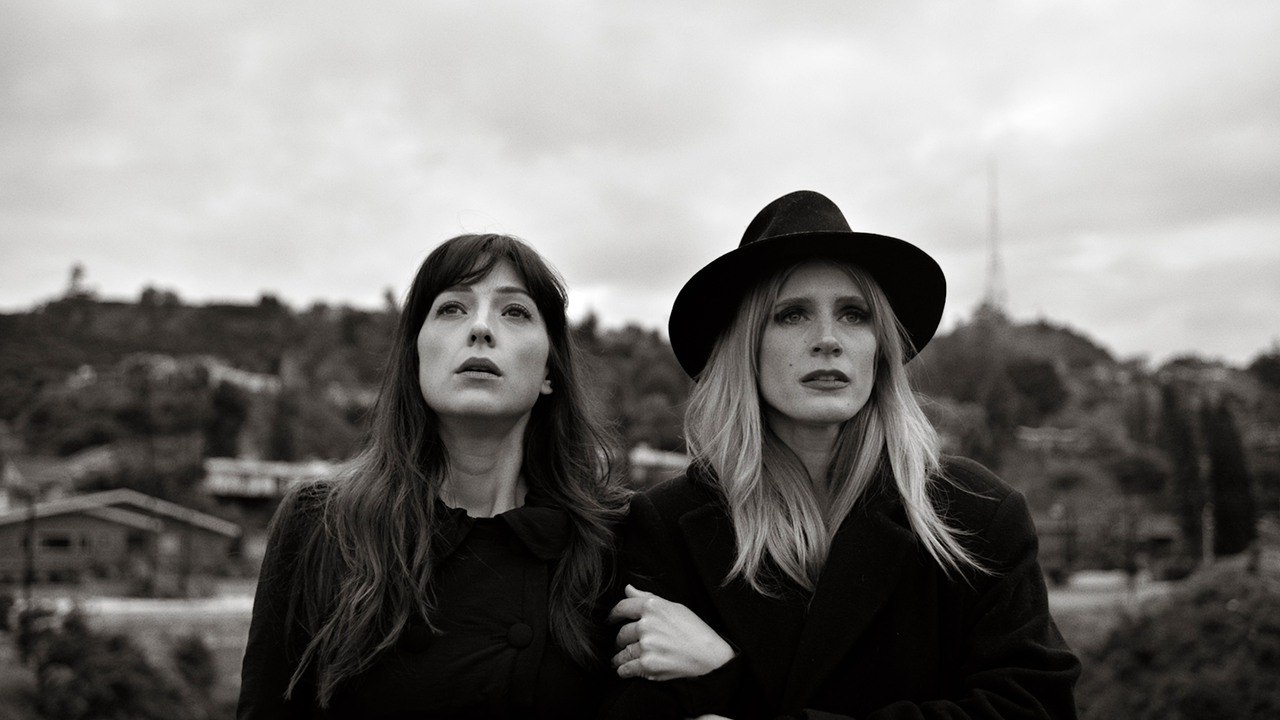 After decades apart, family bankruptcy reunites estranged and vastly different sisters facing their egomaniacal artist father’s terminal prognosis. Fiona lives the life of a conservative midwestern housewife as the direct product of her upbringing with their born-again Christian mother who reinvented herself after leaving her philandering artist husband. Freya, a talented artist in her own right, never left the nest and lives a life of frustration in her father’s shadow. As the two sisters navigate the complexities of their reunion during their father’s last days, they discover themselves and the transformative power of love—all In Her Name.

Written, directed and produced by Sarah Carter, feature film In Her Name asks the question: Can we be equally devoted to creative freedom and family? Sarah Carter is a Canadian-born producer, writer, actor, director, musician, and CEO of Cheshire Moon Productions. Working with and shadowing directors like Spike Lee, Judd Apatow, and Steven Spielberg, she discovered her own passion for writing and filmmaking and the social impact of original storytelling. In Her Name is her directorial debut, premiering at the 2022 Tribeca Festival.

Filmmaker 5.1:  How did your own work as an actor inform how you both selected and directed your actors in In Her Name?

The casting for this film was really about choosing the right friends to reach out to. Erin Hammond and Ciera Danielle, the two stars of the film, are also producers. The three of us agreed to come together to make a film and play our respective roles at the onset of the project. I had met and worked with Erin in our theater company, but I didn’t know Ciera before working with her.  After a few weeks of brainstorming with them, I fell in love with them. That process set the stage for how I approached casting the rest of the film. I fell into the essence of what and who I would need to support these two sisters to open their hearts to each other, recognize their own distortions, and find forgiveness, showcasing quirks and comedic genius along the way.

James Oliver was a part of the Markland Studio theater company with Erin and I. I trusted he would bring his A-game and raise the bar as he consistently does. Nyambi Nyambi was my neighbor for years. He has a grounded and gentle spirit that makes anyone he’s speaking to feel like time is melting away and nothing is more important than the moment they are in. Philippe Caland, who plays Marv, doesn’t act in films that he is not directing, so it was a massive leap of faith for him to trust me. I have to say, he brought depth and complexity that was way beyond what was written.

As for directing, as an actor, I appreciate the rehearsal process and being involved in the writing phase, so I made sure to have a long enough pre-production process to offer them and myself the opportunity to deeply explore, relate, and co-create.

Filmmaker 5.2:  Family, loss, death, divorce, sibling rivalry, religion, sex, drugs, money, addiction, illness, creativity, freedom, parenting, joy, grief, jealousy, hate, love—all components of this story. What was your biggest challenge in weaving these thematic threads together as you wrote the script for In Her Name?

I dealt with all these darker themes by adding a comedic element and hoping to create some lightness. I think that’s one of the first rules of approaching some of these darker subject matters – finding the light which for me are the themes of truth, freedom, love, and faith. Love becomes the most obvious at times of death when we’re facing our fears.

Filmmaker 5.3:  You chose black and white to present this story of a painter—a subject many would expect in color. What drove this decision?

I find black and white films beautiful and I knew that being a film about a family tragedy set in the art world, black and white would help to make it less about the art itself and more about the character dynamics.

I also like the metaphor of the color gray for the exploration where nobody is right or wrong. There is no clear direction or way to solve any of the problems this family is facing. I wanted to capture the beauty of this time of healing, surrender, and acceptance of reality. There is a softness and lightness I hoped to achieve.

Filmmaker 5.4:  Various artistic forms—visual, poetic, performance, musical—feature prominently in In Her Name. How were you intentional in utilizing these art forms to present this story on film?

Beauty brings me joy. It’s part of my mission as an artist to bring light to the beauty of life – or at least set out to offer softer and more sensually stimulating, heart-opening perspectives. Our judgments usually stem from misunderstanding or fear. As an artist I have the opportunity to explore subjects that are ignored or preferrably left in the dark.

Poetry is my chosen way into the creative process. I try not to sensor the visions and impulses that come through while I’m writing or directing. I trust that there is always a poem writing itself to be discovered in retrospect – to penetrate the players and the audience on a subconscious level. Protecting the poetic undercurrent as sacred is hugely important to me.

My first love is performance, so I enjoyed staging scenes theatrically and rehearsing well enough so that the actors and the cinematographer understood how to tell the story from every angle. But, I also loved capturing what comes to life when we would throw what we’ve mapped out away and allow for play and surprise. The genius, I’ve learned, is only ever found in the creative mess that happens on the other side of intention and deliberation.

A quality of pure spirit and guidance coming through the artist as a channel was important for me to empower the character of Freya with. I wanted her to find her own voice and calling which is really her relationship with God. Juxtaposed to Fiona, who doesn’t have the same gift or way of connecting to spirit.

We used music and sound design to help the audience shift their perspective from one sister to the other. There is a Fellini-esque musical theme when we’re in the quirky world of Fiona. While in Freya’s world, we used some of my band’s original music and more obscure pieces to give her an edgier, wilder, more tortured aura. When the girls are together, the score is more romantic. I describe the film as a love story between estranged sisters. Ali Helnwein, our composer, painted the story beautifully. And my husband, Kevin Barth, did an incredible job at sourcing the music.

Filmmaker 5.5:  How is In Her Name a film only a woman could make? What does it represent for women in film?

The film itself is a complicated forgiveness story and a story about the healing that occurs in families at the moment of death. Women naturally understand the concepts of surrender, grace, and unconditional love. Women understand that freedom must be found, despite whatever right or access we all have to it. The connection to our freedom has been historically dangerous for women to claim.  Women also have a distinct sense of humor through hellish circumstances. When giving up is not an option, you learn to laugh. Oddly for women who are close to giving up, those moments of levity feel telepathic in nature. We are all too familiar with the cycles of death and rebirth, like an unavoidable roller coaster that you may as well strap in for when it’s your turn for the ride. I wanted to have their tragic story also be a freedom story and a story where women could see themselves and hopefully find hope.

Being a woman and a mother, I was aware of the challenges. But, I also saw myself as well-positioned to offer something meaningful. Motherhood helped me to tap into my creativity in a way that I had never before. As a mother aware of how important and fleeting time is, I didn’t have time for bullshit, which made my interests extremely clear, as well as who and what I wanted to be surrounded by. This discernment is a valuable skill as a director.

This film, in particular, was a collaboration between myself and the lead actresses Erin Hammond and Ciera Danielle, who are also producers and mothers. Our line producer Cynthia Bravo and several production leaders are also mothers. The men on our set and in our lives are phenomenal and crucial, but I think the way women work together and support each other is uniquely powerful. It makes for an intensely intimate and emotional experience that lends itself stunningly to the film medium.

See In Her Name during the 2022 Tribeca Festival. Showings below