Filmmaker 5 with Sean Lionadh: Too Rough 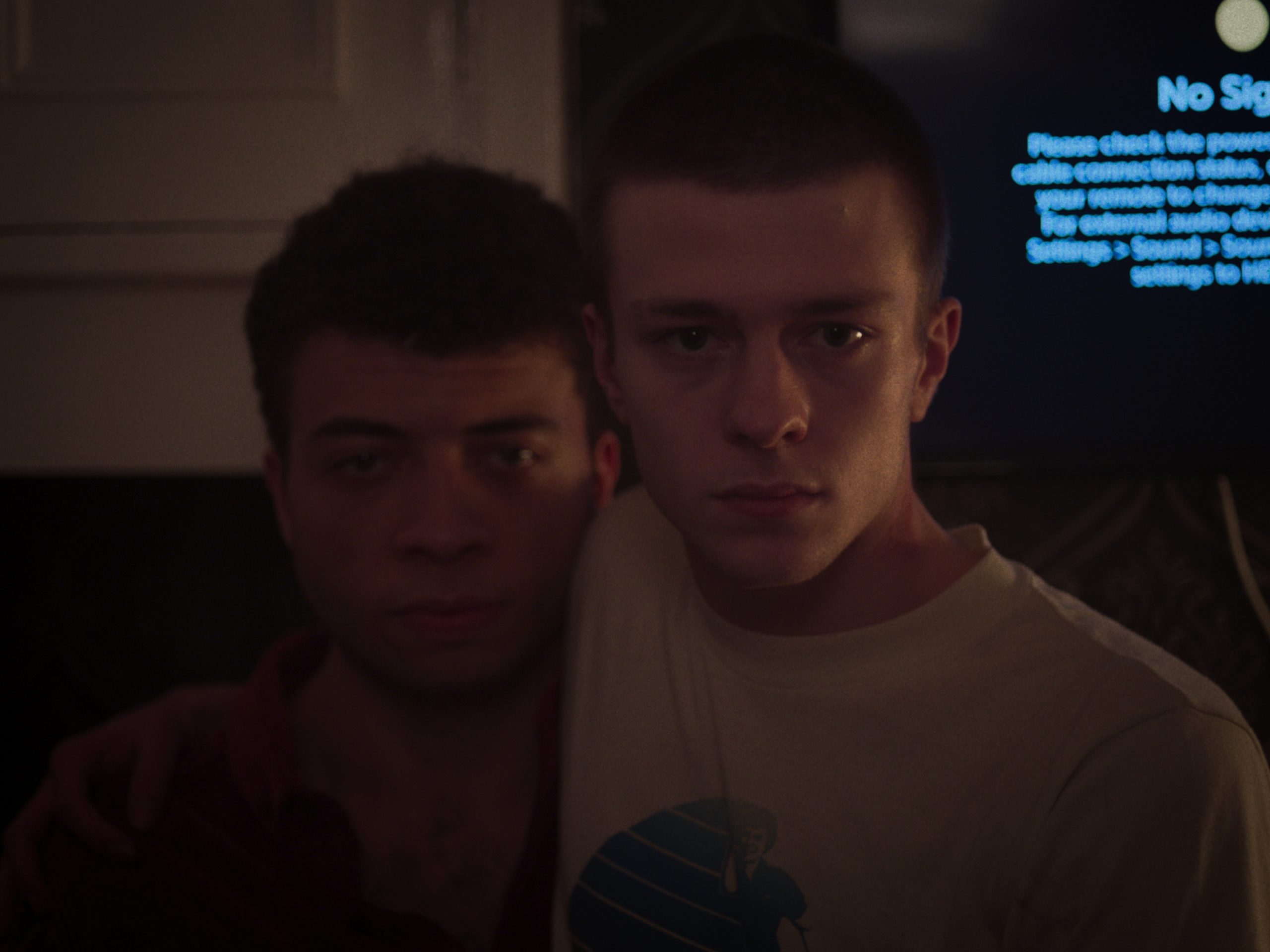 Twenty-four-year-old Glaswegian Sean Lionadh has established himself as powerful storyteller as poet, writer, musician and filmmaker. A trailblazer, Sean uses the alchemy of film and poetry to share intimate work, making notable social impact. His short film Time for Love, made for BBC, catapulted him onto the global stage as an artist exploring themes of love, God, shame and psychological trial in today’s world. His newest short film Too Rough, inspired by events in Sean’s own life, poses the raw question of “Am I too rough for you?”

Filmmaker 5.1:  Regarding your directorial approach, how did you work with your cast in Too Rough to evoke the performances exhibited in the film?

Ruaridh and Joshua (who play Nick and Charlie respectively) were so talented that I almost felt robbed of a job! Ruaridh operated largely on his wonderful instincts, whereas Joshua brought a more intellectual approach that worked so well for his character. We worked together in a gentle and open way – just trying to find the truth of the story.

Filmmaker 5.2:  Your lead character Nick struggles under the power wielded by his family and suppresses his authentic self. How does his struggle reflect any of your own experiences?

When I was young, sometimes I would just wish my parents would die so I wouldn’t have to tell them I was gay. That’s the experience of being completely overwhelmed by shame, and for a long time leaves you confused as to what is authentic within you and what is a defence mechanism. I love writing characters with similar darkness to me, because when I see the darkness in them, a hero, it makes me feel better about having it myself.

Filmmaker 5.3:  You use a crowded party and a crowded house as your Too Rough settings. Why these storytelling locations?

I think it was about putting as much pressure on Nick as possible. For most of the film, he is being watched and is under scrutiny. That’s why I think the ending works so well – because he becomes the watcher. He becomes powerful.

Filmmaker 5.4:  Too Rough is a multi-layered love story touching on romantic love, brotherly love, self-love. How did your own perspective on love inform your storytelling in this film?

Love is the most fucking confusing thing – and I think that’s what I was trying to explore. I wanted Nick to be experiencing a kind of whiplash of intimacies and roles – the lover, the brother, the son, the carer. I find myself in relationships not knowing which role to play when really I think all are to be embraced. Though it’s probably a good idea not to fuck your Dad.

Filmmaker 5.5:  Your work often explores both intimacy, shame, and trauma through the lens of gay relationships. What do you hope audiences take away from how these themes appear in Too Rough?

I’m always just hoping to comfort the disturbed and disturb the comfortable. Someone told me after they watched the film that they weren’t sure they liked it, because they hadn’t been confronted with abuse like that before. Someone else told me, weeping, that they wish they’d had a Charlie to cover their ears when they were terrified at home as a child. The first response made me snort, the second made me cry. But both are crucial.

Watch the Too Rough trailer.

1 thought on “Filmmaker 5 with Sean Lionadh: Too Rough”