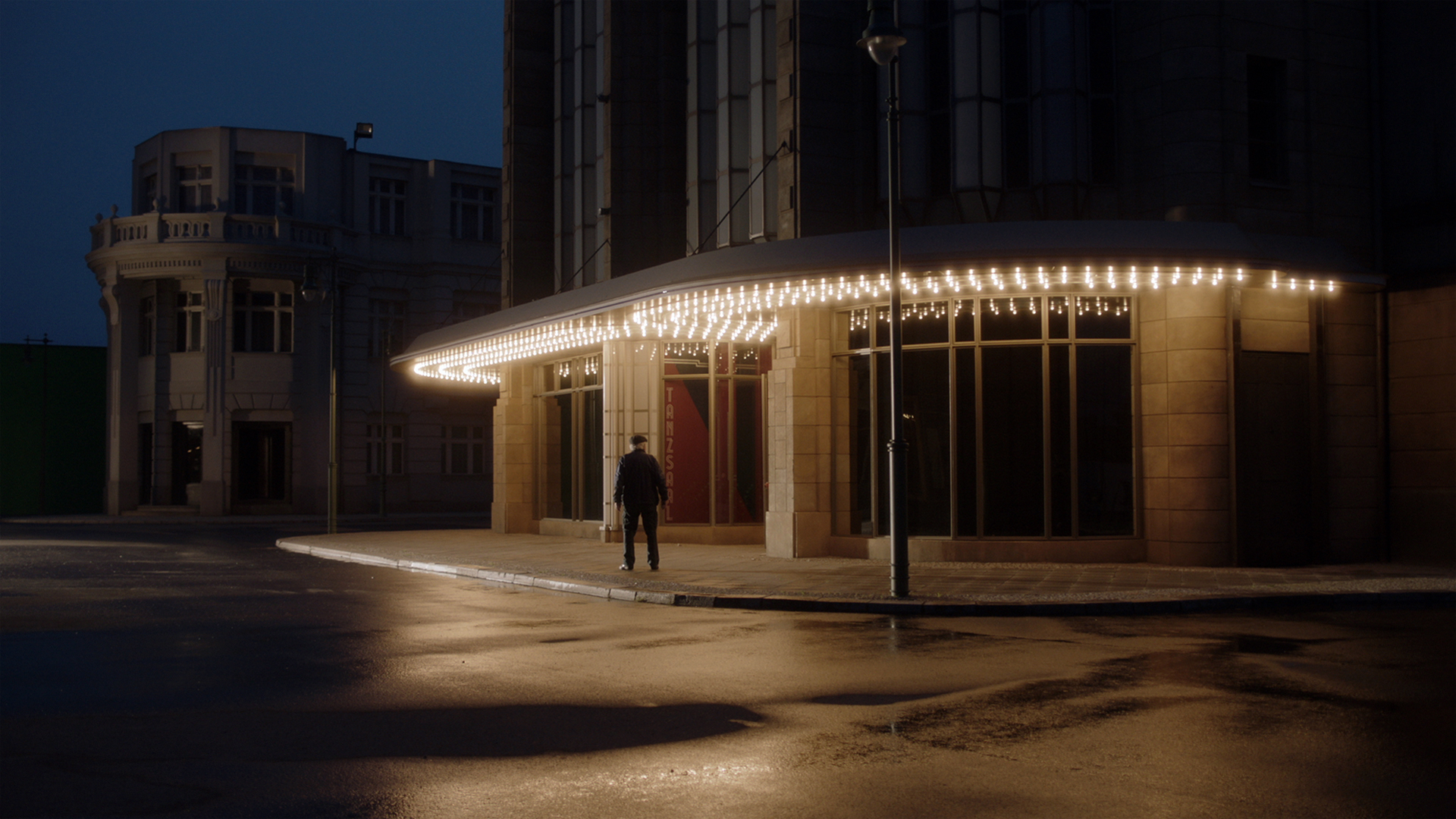 Legendary filmmaker Orson Welles once said, “If there had not been a Jack Garfein, Hollywood would have invented him!” And what an invention that would have been! Yet, it certainly would have been no match for the real Jack Garfein—Holocaust survivor, celebrated Broadway director, Actors Studio West co-founder, and controversial filmmaker. Illuminating the life of this extraordinary man, Jack Garfein himself appears as both subject and star of The Wild One, a documentary from filmmaker Tessa Louise-Salomé, who gave him what would be his last role on film, telling his own story.

In The Wild One, Jack Garfein recounts the story of his life: his Czechoslovakian youth, his family’s fleeing the Nazis, surviving in a series of concentration camps including Auschwitz, his 1946 arrival at 16 in New York and coming under the wing of Lee Strasberg, his marriage to actress Carroll Baker andcareer working as acting coach to some of the biggest actors in Hollywood history. Images from Garfein’s life and recollections are augmented with readings by Willem Dafoe and interviews with his family and friends in this visually stunning film.

Award-nominated director and producer Tessa Louise-Salomé has attracted critical attention for her poetic documentary portraits of artists. Founding the Paris-based company Petite Maison Production in 2006, Louise-Salomé also produces, directs and edits gallery-commissioned films in collaboration with famous installation artists. The Wild One makes it world premiere on Saturday, June 11 at 5:15 PM Thursday, June 9 at 5:00 PM at Village East in New York City as part of the 2022 Tribeca Festival.

Our filmmaker 5 with Tessa Louise-Salomé discussing The Wild One follows.

Filmmaker 5.1:  The Wild One illustrates how Jack Garfein’s life influenced him as a storyteller who would not compromise his art resulting in censorship of his films. As an artist, what did his story teach you?

Jack often said that even though life is cruel, you have to look truth in the eye. I think, for him, his refusal to compromise was not just an artistic commitment, but also a moral one. As a survivor of the Shoah, he knew the costs of turning a blind eye, of looking away from the reality right in front of you. When he came to the United States, he was shocked by the sight of segregation after having just been liberated from the concentration camps, and it was a reality he insisted on broaching in The Strange One (1957).

I think an extremely important lesson I’ve learned from Jack is that truly resisting censorship is about staying vigilant, about refusing closure—whether historical, moral, or personal. That the past is never dead and that bringing it into the present can be a radical and eye-opening act. Censorship today takes a very different, and less straightforward, form than it did in 1950s Hollywood, but it’s still a question of what is included in the frame… what we choose to look at as a society and what conversations we choose to have.

Filmmaker 5.2:  Jack Garfein shares his experience as a Holocaust survivor in the film; others tell the story of his career in stage and screen. And Willem Dafoe narrates. What inspired this multi-voice storytelling structure?
Imagine trying to condense 89 years of a full and turbulent life into just 90 minutes. It’s a kind of quest. You meet people who knew him, who lived or worked with him, at different times in his life. And those voices echo a different tone than Jack’s. They add background, bring in more perspectives.

For instance, when Jack’s daughter Blanche remembers her nightmares as a kid, of being kidnapped by German soldiers… because she knew from a young age about her father’s past. And we see how trauma is passed on. Or the contrast between Bogdanovich recalling Jack, Carroll, and the kids playing croquet in their beautiful Beverly Hills home, looking so happy… and then Blanche describing the downfall—how her parents were “tossed by the storm of being in Hollywood” and how their marriage fell apart. All these “characters” in The Wild One make up its constellation of memories. They reveal the intricacies and contradictions of Jack’s life and personality. They shed light on this complex person who is himself a great narrator, while allowing for a fuller and truer picture than if his testimony stood alone.

Filmmaker 5.3:  Your film’s title seemingly blends the titles of Jack Garfein’s two films—The Strange One and Something Wild. It might also make a statement about Jack Garfein himself. How and why did you choose The Wild One as the title for this film?

Because Jack was untamable. He never surrendered vis-à-vis the studios… and that cost him his career in Hollywood. He was too ahead of his time, in the 1950s, in his vision of society and humanity. It still amazes me how a boy arriving in New York at the age of 16, after what he’d been through, an orphan who didn’t speak a word of English, could become a mere eight years later a famous stage director on Broadway and a pillar of the Actors Studio. And then, at 24, you find him directing a movie in Hollywood, starring Ben Gazzara. There’s this incredible strength in his story of resistance through art… and also this urge to never stop learning.

Filmmaker 5.4:  You combine in-person interviews, blended narration style, historical photographs, present-day and archival footage, and movie excerpts to create The Wild One. How did these elements inspire your visual approach?

It came back to this constant question of how to blend the archival footage with the scenes we had filmed. In this case, we imagined the old, historical images as if they were coming from Jack—springing from his inner world—and used this as a device. Most of the sequences with Jack and the other interviewees were shot in studios filled with these large, suspended screens, where archival projections of the past would appear. That is probably the visual signature of the film. This peculiar way of illustrating the past, so that it takes on the immersive quality of memory.

Filmmaker 5.5:  How has knowing Jack Garfein, putting his story to film, and watching his films, impacted you as a filmmaker?

Well, first, there was the wonderful shock of meeting him! He was a fascinating man, always telling stories—his voice, his movements, his expressions, brimming with this energy… this passion. People would gather around just to listen to him, captivated. His own close friend Henry Miller described him as “a great raconteur who holds you spellbound,” and it’s true! He was a font of wisdom… with life experiences that were extraordinary, to say the least.

Then, the second shock came when I watched his two films. Such talent and flair for a fledgling director! Maybe a bit awkward at times, but always intriguing, always beautifully mastered, visually. And he was a magnet for talent, too. You see it in the casting for his first plays—James Dean, Ben Gazzara, Bruce Dern, Steve McQueen… in his writer friends, Henry Miller and Samuel Beckett… his mentors, Erwin Piscator and Lee Strasberg. He was surrounded by pioneering influences, yet he was visionary in a way that was entirely unique to him. His belief that artists must listen to their inner voices, that all art is personal…

See The Wild One during the 2022 Tribeca Festival. Showings below.

1 thought on “Filmmaker 5 with Tessa Louise-Salomé: The Wild One”