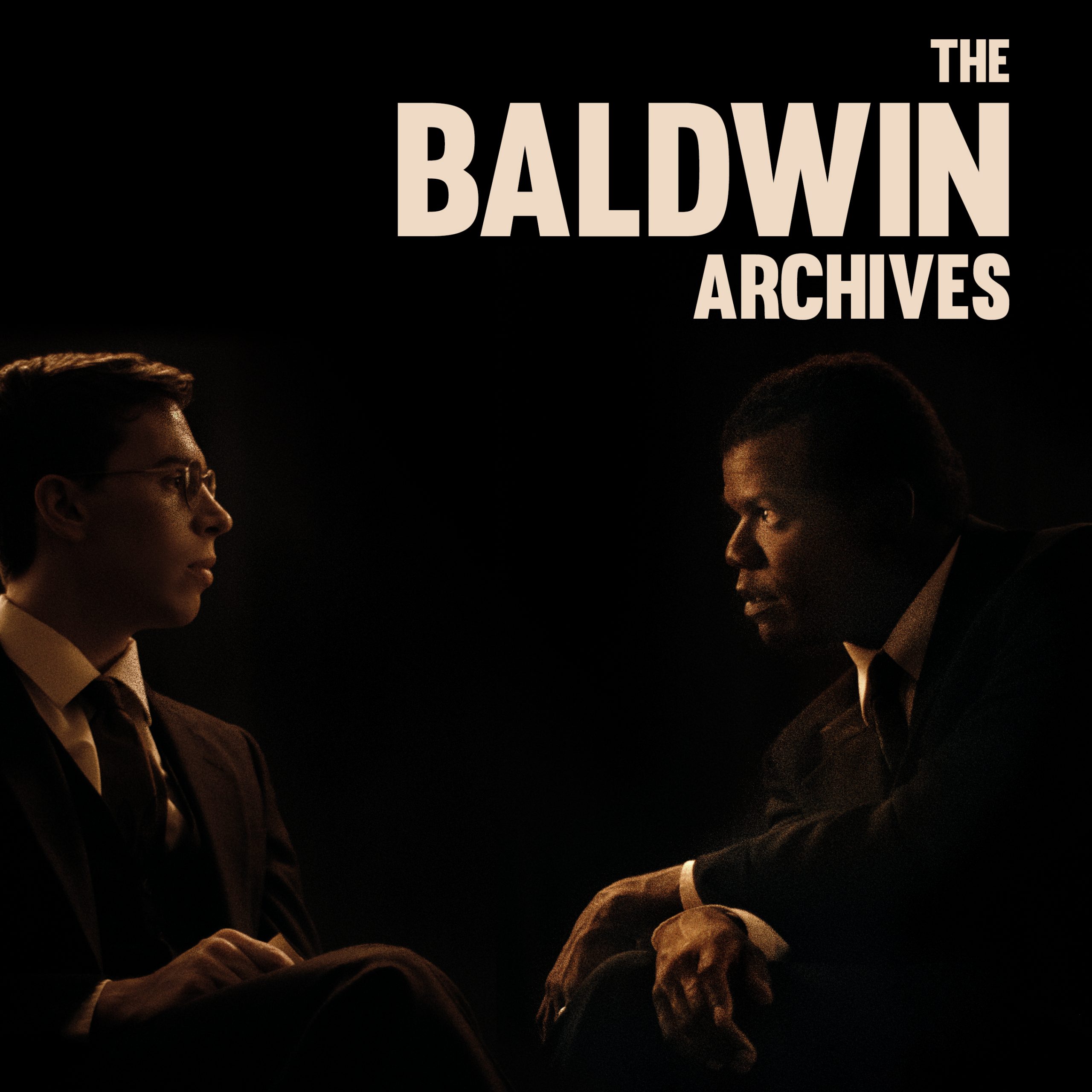 Filmmaker 5.1:  The logline for The Baldwin Archives reads: In 1963, James Baldwin spoke the truth. How does this conversation speak the truth to you as a Black man, a gay man, an artist?

Baldwin and I share those identities; Black man, gay, an artist. Aspects of his truth are my truths because of my lived experience. Yet, what I found most compelling about this conversation, specifically the answers given by Baldwin, in that, he remarks upon the psychological turmoil we as human beings have inflicted upon ourselves; we’ve divided ourselves based on societal ideals we’ve created, along with damaging learned behavior. He’s speaking the truth, not just about himself or others who resemble his hue and specific societal experiences, but everyone. His main objective here is empathy for your fellow human being, a universal concept needed for our survival.

Filmmaker 5.2:  The Baldwin Archives demonstrates the mastery of James Baldwin in using challenging questions as teaching moments. What did you learn from him as a filmmaker and storyteller as you embodied him for this role?

His use of language is extraordinary. His calm and authentic demeanor is beautifully dignified. As an actor, to take on a slice of his persona was such a thrill. I’m enticed by the vitality and charisma of any character I portray. I look for it, or I’ll create it. But with Baldwin, it was palpable.

The director, Laura Seay, always remarked on Baldwin’s amazing communication tactics; the humility in his delivery. Baldwin, of course, was an author, a literal storyteller. But Baldwin was also a tremendous orator. When he spoke, he colored every intention with his face and his body. So much of that comes from the fact that he was a preacher in his teenage years, a famous civil rights activist in the public eye, giving in-person lectures, speeches, and interviews the world over. He knew how to deliver, but the passion behind that delivery was unbelievably genuine. I find that actors are also storytellers, and it’s the conviction within that actor that makes an honest impression.

Filmmaker 5.3:  How did you use the original BBC interview source material for The Baldwin Archives—and perhaps other archival footage—to prepare as an actor for your portrayal of James Baldwin?

I did a wealth of research on Baldwin before the reenactment idea came to me. I was attempting to write a screenplay based on Baldwin’s life. In my research, I watched tons of archival footage of Baldwin’s interviews and speeches. This particular interview inspired the idea of the film we have now.

I knew that I was going to adapt an abridged version of the interview for the short. So, I first transcribed the entire interview, which is nearly 30 minutes in length. Transcribing was a huge asset for me and my comprehension of the text, and the exchange between these two men.

I felt it necessary to memorize the entire interview, as opposed to just the sections that I ultimately chose. Once I began my dialect lessons with our film’s dialect coach, the extraordinary Andrea Odinov, the nuances of the text and intentions of both Baldwin and journalist Peter Duval Smith (played by the amazing Jordan Gavaris) came alive for me.

The director Laura Seay and myself talked endlessly about the interview and of Baldwin. Laura, a brilliant actress as well as director, was tremendously supportive. Knowing what a gifted visual storyteller she was, I knew the film would be wonderfully thoughtful and compelling.

I lived with the interview at all times; I would incessantly repeat the chosen sections. In my private rehearsals, I would improv a variety of situations as “James Baldwin.” For instance, I would sit outside and pretend to converse with Baldwin’s brother, David Baldwin. I would sit and pretend to give an interview as Baldwin after his play Blues for Mister Charlie made its Broadway debut. I watched several short films on Baldwin, including Terrence Dixon’s Meeting the Man. I also did a little research on other prominent and lesser-known queer Black men of the era, like Beauford Delaney and Jason Holliday. The experience of this entire project changed me for the better as an actor, and I couldn’t be more grateful.

Filmmaker 5.4:  How did you assemble your collaborators on the film? Did you share a common vision for the project?

Our director Laura Seay was the first true collaborator on the piece. I asked her, and without hesitation she said of course, which meant the world to me.

I decided that a crowdfunding campaign was the best way to garner the funds for the film and decided on Indiegogo as the best platform. I galvanized my network of friends and former creative colleagues to help raise the money.

Through the campaign, I was approached by my producers Lamont Lamar, Briauna Draper, Kirk A. Moore, Eric E. Richardson, and Sharon Scott Brooking who emphatically supported the project. My wonderful producer Jesse Abbot Chin, a talented actor, was a dear friend from college at Loyola Marymount University. I asked our graphic designer and friend Chris Hemingway to create the incredible posters and artwork for the campaign and the film. All in all, it was the people and artists in my life who graciously supported the project, but ultimately, who all had great reverence for James Baldwin himself. I’ll always credit Baldwin for this all coming together.

Filmmaker 5.5:  You dedicate the film to Jimmy—James Baldwin—as an homage to an artist who has deeply impacted you. How is keeping his legacy alive a passion project for you?

There’s been, what I’ve termed, a “Baldwin Renaissance” as of late. Specifically, during the Black American movement of 2020. Whether it’s on social media, in film and television, articles; his words have been used to illustrate the damaging, psychological effect racism has played within our society. HIs work inspires a revolution of mindfulness which permeates through anyone who seeks his logic today. With The Baldwin Archives, we have created an homage to this great thinker, but also, a historical and relevant reminder that compassion is desperately needed from everyone. James Baldwin’s work doesn’t need our film to impact the world further, his brilliance has already done that, and will continue to do so. I believe our film is a cinematic keepsake, conveying the need to never forget it.

Watch the The Baldwin Archives trailer.

1 thought on “Filmmaker 5 with Tory Devon Smith: The Baldwin Archives”