Filmmaker 5 with Will Battersby 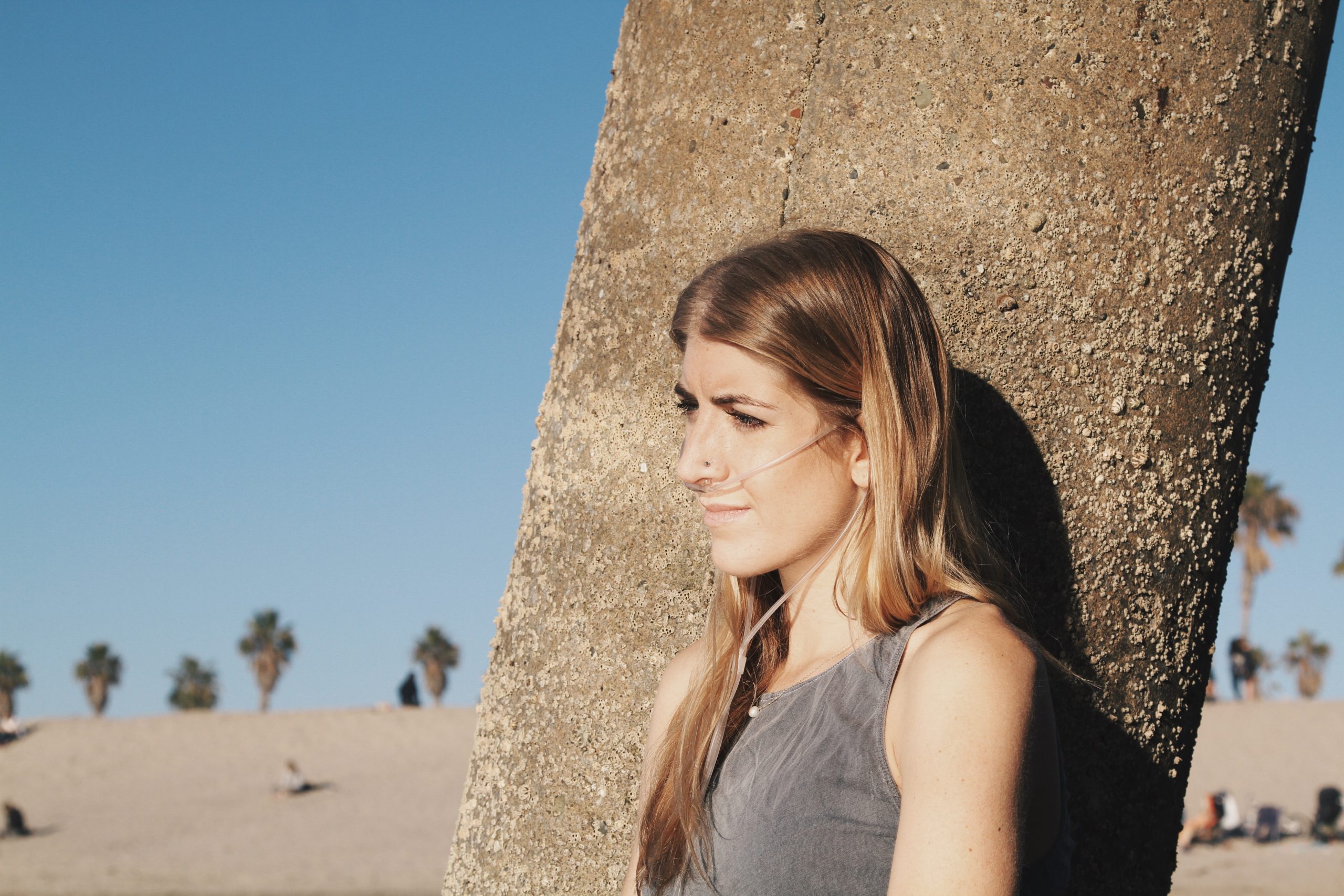 Diagnosed with cystic fibrosis at age three, Mallory Smith realized at an early age that her life would be cut short. Nevertheless, she decided to live life fully, documenting her thoughts and feelings in a private diary. She went to school, developed friendships, played sports, took lovers, worked as an environmentalist. Malloy lived with illness her whole life, finding the will to live happy despite immense personal struggle. In Mallory’s final days, her father uncovered a forgotten treatment that came too late to save his daughter, but has gone on to change the world of medicine.

Salt in My Soul the documentary takes its name from Malloy’s posthumously published memoir Salt in My Soul: An Unfinished Life. The film offers a glimpse into the life of an incredible young woman determined to live fully while dying. Salt in My Soul will be released theatrically in New York (Cinema Village) and Los Angeles (Laemmle Royal) on January 21, 2022 followed by the VOD release in the US, Canada, and UK & Ireland and key territories worldwide on January 25.

Classic Couple Academy recently asked filmmaker Will Battersby about his experience as director of Salt in My Soul. Our Filmmaker 5 with Will Battersby follows.

Filmmaker 5.1: This is a deeply personal story to bring to film. How did you come to it and your collaboration with Mallory’s parents?

Richard Abate, one of the producers of the documentary, sent me the book in late 2019. He had sold the book to Random House on behalf of Mallory’s parents, Mark and Diane, and he thought it might make a good film. I read it in one sitting and immediately got on the phone with Mallory’s mom, Diane. The story had all the elements of a good movie: strong characters, big emotional journeys, gripping storylines, and something important to say about the world. Diane was very open about the materials that were available: audio, video etc., which are important in making a good doc, but she also wanted to talk at length about what kind of film I wanted to make before she and Mark were willing to grant us the rights.

In a way, Mallory made that easy for me. She was such a wonderful writer and her journals were so honest and full of life that I knew I could rely on them as a blueprint. The life she lived touched on so many important themes that I was confident it would resonate beyond its specific story.

Filmmaker 5.2: You had a wide variety of material to work with in making this film—a published memoir, unpublished writing, audio files, and home and professional video. How did this inform how you structured the film?

I knew early on that I wanted Mallory to be the narrator of the film as much as possible as this is a story about her direct experiences. I was confident about pulling that off as she embraced so many different media during her life. She made podcasts and saved all of the outtakes, research phone calls etc. to her computer. She obviously wrote and created the wonderful memoir. She recorded herself reading her writing and she partook in social media so used her phone to shoot videos.

We then had a few moments that documentary filmmakers dream of. One of the biggest was when I was sitting with Diane on an early trip to LA and she was showing me a piece that local Pittsburgh television news had done about Mallory’s transplant. There was some footage of surgery in it and I remarked that it was really powerful stock footage. Diane turned to me and said “no, that’s Mallory’s actual transplant.” UPMC had filmed it because of the groundbreaking technique they used for it!

Then it was about lining up interviews with key people: family, friends, doctors etc. who could give me the basic story on which my brilliant editor, April Merl, and I could build out the film.

Filmmaker 5.3: One could call the Salt In My Soul documentary film a coming-of-age story, a family saga, a health journey, an inspirational tale. As a filmmaker, how did you grapple with all those storytelling elements to get to the finished project?

My gut all along with this project was to treat it like a narrative film as much as a documentary; to concentrate on the characters and the relationships between them, to think about the narrative arc and make sure that an audience could walk away either having been moved by a good story or interested and informed by one or all of the themes. Good stories always raise issues, and eight-year old Mallory realizing that she was going to die young and deciding to live as fully and richly as possible is a great story. Tell it, show the emotion involved in the extraordinary events and the themes will all emerge.

It of course took us a long time to get to this final version of the film (with the usual early thought that I was finished when the cut was three hours long!). You try things, you put in too much, you over explain, put in opinion, and slowly you see where the fat is, where you’re being overly precious, what needs to be better crafted.

Diane was an amazing resource for us as well and that was one of the most poignant aspects of the process for me. Here was a mother still grieving and we were trying in many ways to bring her daughter to life on film. But she watched several cuts as it was vital to me that I didn’t make any grand mistakes with Mallory. We spent hours on the phone, her giving me more detail, asking questions, giving her feedback; it was incredibly moving. She would always suggest less of herself in the film (and is still making a case for this) but I’m happy I refused!

Filmmaker 5.4: What do you want audiences to take away from experiencing Salt In My Soul—especially now as we continue to live in a global pandemic?

It was very moving interviewing so many people from Mallory’s life, and I realized early in the editing process that this was a group of people who were grieving. It’s one of the reasons we chose to be up front about Mallory’s death. We’ve become so accustomed to the impossibility of our hero’s death in film that I felt it emerging in early cuts. That would have undermined the power of these people’s words and shaded the emotions in each interview. So instead, we chose to try and evoke Mallory’s absence in those moments, mostly through color and space. It’s important in these times that we allow ourselves to feel loss, be angry about it and to grieve it.

I also hope that people can take inspiration from Mallory’s struggles and journey. Cystic Fibrosis (CF) patients have always had to stay six feet away from each other and sick people, they have always worn masks and felt extreme isolation (a lot of the Covid protocols come from the CF world). I hope that seeing how this one young woman dealt with her mental health issues as well as physical issues will inspire people and let them know they aren’t alone and that it’s okay to struggle.

Mallory would have been forgiven for turning inwards given what she went through but her decision to engage with the wider world is key: making community with other people in whatever way she could (and that even includes social media, a positive for once!), connecting with the environment, even her writing was a way of moving outside of herself while also discovering herself.

Filmmaker 5.5: In making this film how have you personally connected with Mallory’s story? And what will you take forward to inform your life and future work?

I tend to go through life expecting a big “aha!” moment of discovery, of sudden wealth, of understanding…waiting for it all to finally come together at some point in the future! Mallory was forced to live in each moment, whether good or bad, and that gives her a very beautiful simplicity. She didn’t take things for granted nor did she imbue trivial things with more meaning than they deserved. That’s easier said than done, of course, but I’m sure that Mallory will remind me of it from time to time.

Watch the Salt in My Soul Trailer