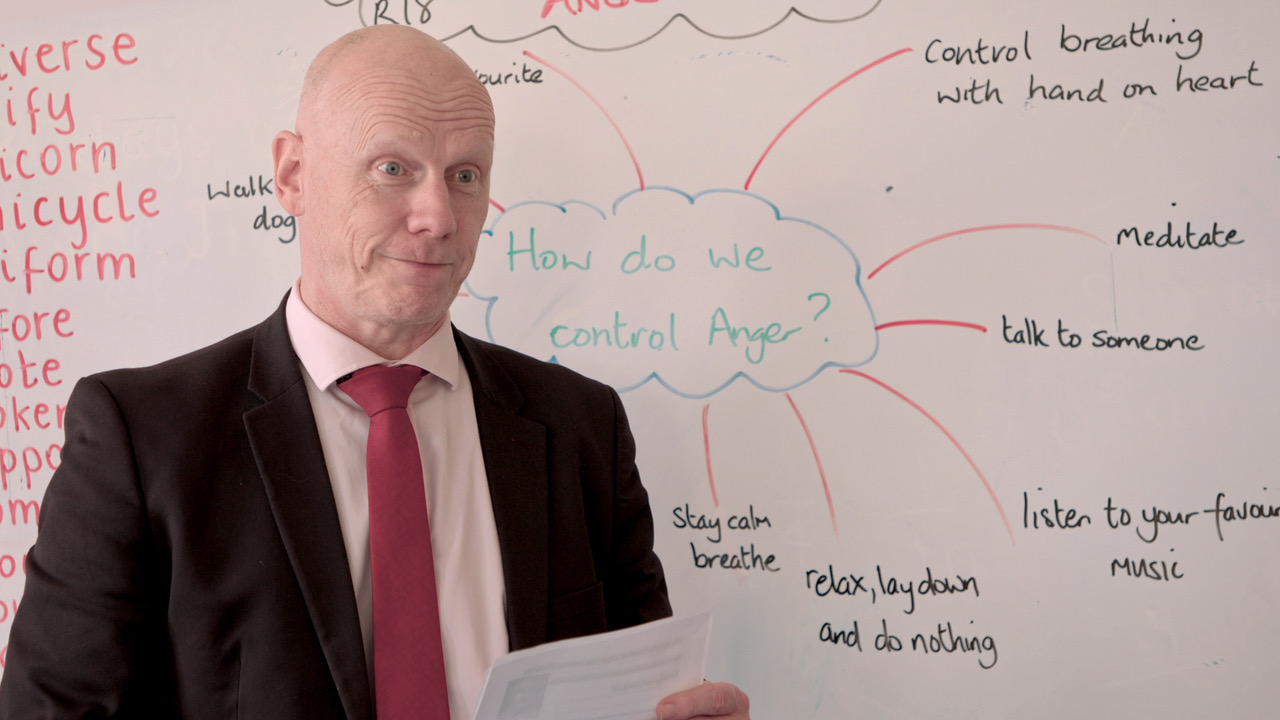 Young Plato, a feature documentary directed by Neasa Ní Chianáín and Declan McGrath will have its World Premiere November 14 at DOC NYC in the International Competition. Young Plato follows Elvis-loving school headmaster Kevin McArevey—a maverick who is determined to change the fortunes of an inner-city community plagued by urban decay, sectarian aggression, poverty and drugs—and the students whose lives he seeks to change. The 102-minute film tracks McArevey and the staff at the Holy Cross Boys all-boys primary school in post-conflict Belfast, Northern Ireland over the course of two years. The school becomes a place for questioning violence, as the headmaster sends his young wards home each day armed with the wisdom of the ancient Greek philosophers. The boys challenge their upbringing by embracing their own independent thoughts and learning to accept differences among people. As students of philosophy, they forsake the prejudice rampant in their community that has kept low-level civil war on the boil for decades. Young Plato hums with the confidence of youth as a tribute to the power of the possible when you change your own mindset.

Filmmaker 5.1: You describe yourself as an observational filmmaker for whom becoming part of the community is essential. What was the greatest challenge you were presented with in Ardoyne? And what surprised you most in experiencing this community?

I spent the guts of two years with the Holy Cross Boys (HBC) school community, getting to know the staff and the pupils. Initially I lived in South Belfast with my co-director, as he was from the city. As time went on I wanted to live amongst the wider community of Ardoyne, so I moved to a house around the corner from the school. Unfortunately the second wave of the Covid pandemic happened and lockdown rules were enforced, so access to the wider community outside the school was near impossible. Luckily the school itself allowed us to continue filming once they reopened, but our access was curtailed for health and safety reasons, so working around all of that was difficult.

Ardoyne is one of Belfast’s toughest neighbourhoods, an area still scarred by sectarian struggle and all the ills that brings. Everywhere was walled, fenced and gated, amplifying the notion of ‘turf,’ dividing and containing people with opposing political loyalties and perceptions. Despite all this, I found the community around HCB school incredibly warm and open. I was really touched by how welcome the staff made us feel. Regardless of how difficult life became, there was always a strong spirit of generosity served up with big dollops of humour. This openness continued even in the most challenging of times, (post-Brexit and during the Covid pandemic), and I was really impressed by this.

Filmmaker 5.2: Young Plato and your film School Life (In Loco Parentis) look at the influence educators and school staff have on children. In the two different settings of these films, what is the common thread that makes these stories worth telling on film?

Some of us are lucky enough to have had inspirational teachers; the transformative effect those teachers can have on the development of a child and their ultimate pathway into adulthood cannot be under-estimated. It has nothing to do with whether the teacher is working in a private or state-run school, it’s all about the vision and motivation of the teacher, who really wants to make a difference. And what better lesson can you teach a child than to think for themselves, give them the confidence to find their own voice, and ultimately find their own way. Both films are a celebration of the vocation of teaching, and empowering children by giving them the tools to reach their full potential.

Filmmaker 5.3: There are a couple of boys in the Young Plato film—Alfie, Conor for example—who are featured. What inspired you to tell their stories?

There are hundreds of stories in a school like HCB, but not all stories can be told, and not all stories will play out in the time that you’re filming, so it’s never easy finding the right character with the right story. We discovered Alfie during the research period while we were hanging around outside the Headmaster’s office at the famous ‘Philosophy Board’. There had just been a big fight amongst a group of boys. There were a lot of tears, and Kevin, the headmaster, told them to sort it out on the philosophy board by answering the questions, ‘What happened? What should have happened? And where do we go from here?’ Kevin left the boys by themselves to work this out. Alfie took control of the situation and made sure the boys were all in agreement before they wrote their answers on the board. By the end of the process, the fight was forgotten and they all walked away as friends. Alfie was really impressive here, and so we kept an eye out for him from then on.

With Conor, you couldn’t but fall for him. He was the kid who so desperately wanted to be good, but in the heat of the moment, just couldn’t stop himself getting into trouble. Every time Conor lost it, he was so remorseful afterwards and went out of his way to make up for it. We were just drawn to him. It’s like that in filming, it’s often an intuitive feeling, and you’re just pulled in a certain direction by a character.

Filmmaker 5.4: What do you want audiences to take away from experiencing YOUNG PLATO—especially those who may question watching a film about a “Northern Ireland school?”

I want the world to recognise the importance of critical thinking, and giving kids the tools to face whatever the future throws at them. Giving children, especially young boys, these tools, to recognise and cope with anxiety, anger, aggression, and despair, now seems incredibly obvious.

In western society, indiscriminate violence amongst boys has become disturbingly prevalent, so by creating empathy for different points of view, maybe there could be less polarization amongst communities and more tolerance of ‘the other’.

The importance of critical thinking in the age of fake news has become essential. We’ve seen first-hand how huge numbers of people can easily be manipulated to act against their own interests, and how they can be persuaded to put the wrong people in power.

If teaching philosophy and critical thinking to children from a young age can work for a community facing all the challenges Ardoyne is faced with, it can work pretty much anywhere.

Filmmaker 5.5: What unique place does Young Plato hold in the Neasa Ní Chianáín filmography canon and the future vision for your work?

I think we live in very challenging times and I don’t think things are going to get easier. I feel despair is lurking around the corner waiting to take hold of us. So as an antidote, and in my role as a storyteller, I want to share stories that can empower people, stories that give hope and celebrate the amazing resilient people out there, who are making a difference. I hope I’m lucky enough to keep meeting inspirational people like John & Amanda, Kevin & Jan Marie, and I hope I’m afforded the privilege to walk in their footsteps for a while.

I’m currently researching a new feature documentary on the current situation of asylum seekers in Ireland who arrived 20 years ago and were forced into ‘Direct Provision’ centres by the Irish government. David and I made the first film in Ireland 20 years ago that focused on this draconian, inhumane system, and we interviewed many asylum seekers. It was called No Man’s Land, and we are now revisiting the children of these asylum seekers, who would have grown up in Ireland, and gone through the Irish education system—so Young Plato will be a strong reference point for this project.

The world premiere of YOUNG PLATO in International Competition takes place November 14, 2021 4:05 PM at the Cinépolis Chelsea during DOC NYC. The screening will be followed by a Q&A with Director Neasa Ní Chianáin and Producer David Rane. Tickets for the live event and for online screening available from 12:00 am November 15 to 11:59 pm November 28 here.