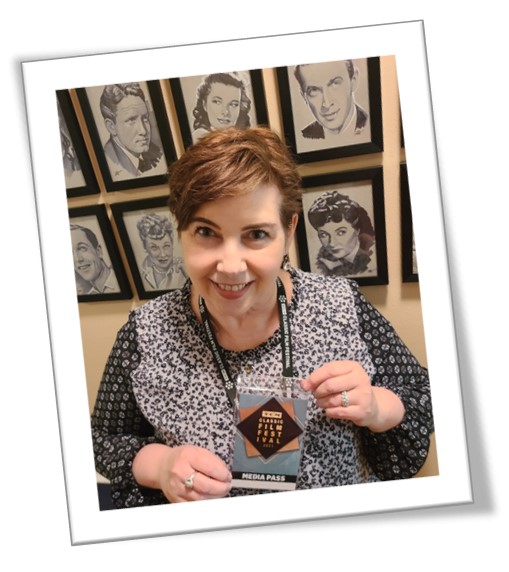 I’m thrilled to be a credentialed member of the media for TCMFF 2021. So, I will be enjoying this year’s festival wearing a couple of hats—as a classic film content creator and as a fan. My picks are a mashup of films I plan to cover here and on ClassicCouple.com, intend to live-tweet as @CoupleClassic, and hope to watch purely from a film fan perspective.

let me come in (2021)—Broadcast premiere alert! First, I love a premiere. Second, I greatly admire the work of filmmaker Bill Morrison. Anyone with an interest in film preservation needs to know about Bill Morrison and his work. He transforms lost and forgotten nitrate film and recrafts what might have been discarded into new film experiences. And these films are truly experiences—that in my view film fans must have. I was honored to have the recent opportunity to ask Bill Morrison some questions about his work. You can read our Filmmaker 5 with Bill Morrison write-up here. Set your DVRs: Listed on the Friday TCM Classic Film Festival schedule—actual TCM airtime is 3:15 am ET in the morning on Saturday, May 8, 2021.

Tex Avery: The King of Cartoons (1988) and Tex Avery at MGM (1943-1551)—Potential Classic Couple Academy spoiler alert! I have spent the last two months doing a deep dive into the Golden Age of Animation while developing our next course offering. That’s all I’m going to reveal, but suffice it to say that I am fascinated by the pioneers of cartoon animation. I have already purchased a fresh box of Lucky Charms for this event and plan to do a milk run the day before so I can curl up with a bowl of my favorite childhood cereal and watch Saturday morning cartoons. Airing sequentially on TCM Saturday, May 8 at 6:00 am and 7:00 am ET.

News From Home (1977) and La Chambre (1971)—Thanks to TCM and to filmmaker Mark Cousins for the 2020 airing of Women Make Film: A New Road Movie Through Cinema for opening my eyes to the universe of women filmmakers. If you have spent any time at all on this site, you know I spent several months diving into the content of the documentary series and the complementary films that aired on TCM. Women Make Film introduced me to Chantal Ackerman, and I am looking forward to these two films. News From Home—a series of letters from Akerman’s mother read over a New York City background—intrigues me as a meditation on people and place. Similarly, La Chambre, an early short film of Akerman’s, fascinates me as a moving still life. Set your DVRs: Listed on the Sunday TCM Classic Film Festival schedule—actual sequential TCM airtimes are 4:15 am and 6:13 am ET in the morning on Monday, May 10, 2021.

She May Be a Movie Star, But She’s Just Mom to Me—At the 2016 TCMFF, we attended the discussion between Sophia Loren and her son Edoardo Ponti. To say we were charmed is an understatement. The bond between them was so evident; genuine respect, appreciation, admiration and, of course, love permeated the room. I look forward to again witnessing that special relationship and to hearing from Victoria Riskin about her mother Fay Wray, who is on my list of phenomenal actresses. Anne Meara was a true artist—comedian; actress on stage, television, and film; and playwright to boot. I cannot wait to hear more about this funny lady from her daughter Amy Stiller. Club TCM Zoom Event: Registration required.